2023: Education should be at front burner of Nigeria's Presidential aspirants 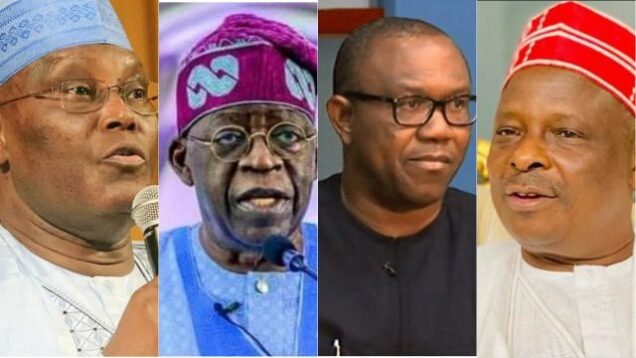 Some of the presidential aspirants

Following the conclusion of party primaries and the emergence of presidential standard-bearers of the major political parties, there’s an urgent need to examine the candidates’ stance on education critically.

Amidst the giddy excitements of the primaries, not much was said about the educational policies of the 17 persons that have emerged as presidential standard-bearers of their parties, especially considering its obvious distress.

Lecturers in public universities have been on strike for over three months before their polytechnic colleagues joined them in snubbing work.

Secondary and primary schools are not faring any better, with a recent United Nations Children’s Fund (UNICEF) report highlighting the poor learning outcomes in primary education. The UNICEF report noted that while some 10 million pupils are out of school, 70 per cent of those in primary schools cannot read or perform basic numeracy tasks at 10. The vast majority of Nigeria’s youth face a bleak future if they cannot read and write; a bleak future for the youth means a bleak future for the country. For those who do attend school, they are not learning anything that would help them create opportunities for themselves or their society. UNICEF warned that in a couple of decades, the millions of current street children and those who attend school but don’t learn will be unable to add to society or the economy. Our presidential candidates need to face this threat with strong policies and plans.

This situation is ominous and what the immortal Malcolm X forewarned when he said, “education is the passport to the future, for tomorrow belongs to those who prepare for it today.” American statesman and philosopher Benjamin Franklin affirmed the same, noting that “investment in knowledge pays the best interest.” Education will determine whether Nigeria populous can take its rightful place on the world stage and deliver

Given that federal government investments in education have been majorly focused on infrastructural development such as renovation of schools and provision of school furniture, actual learning gains interventions have been inadequately funded, with poor teachers’ training and outdated teaching methods, it’s time the individuals, including the leading four, Senator Bola Ahmed Tinubu, former Vice President Atiku Abubakar, former Anambra State Governor Peter Obi and ex-Kano Governor, Senator Rabiu Musa Kwankwaso give a detailed breakdown of their plans and vision for taking education out of its current position and balance the existing budgetary allocation for education to focus more on learning gains.

In a document entitled ‘My Covenant with Nigerians’, Atiku had said, “The public education system is ill-equipped and has consistently underperformed, keeping millions of our children out of school and producing graduates with skills and competencies, which are not aligned to the needs of our communities and our industries. Incessant industrial actions by the Academic Staff Union of Universities (ASUU) and other unions of educational institutions have undoubtedly affected the quality of our workforce with far-reaching consequences on the economy.”

In a viral manifesto of Tinubu, which his campaign organisation has since disowned, reportedly pledged commitment “to overhauling the education sector and making a significant impact in education as a matter of priority. I will triple education spending over the next four years from the current 8% to over 25% .”

But they and the others need to go beyond general platitudes to share their granular education plans, given its dire straits. Specifics are essential to show that they are serious about education and its vital role in the 21st-century, which is knowledge-driven. We need more commitment to addressing the issues in education, particularly the learning poverty and inchoate policies. Learning gains have to be improved. UNICEF’s gloomy forecast about the future of Nigeria’s primary education and even the comatose tertiary education needs to be averted. The standard-bearers need to speak to this in detail and not just profess commitment to education.

It should be a cardinal part of their manifestos as a recent study by a Nobel Prize-winning economist Professor Michael Kremer has shown that all is not lost for education in Africa. The study showed ‘among the greatest learning gains ever measured’ are coming out of Africa. The study holds out hope for Nigeria and shows that there will be marked improvements if the appropriate teaching and learning methodology is used by SUBEBs.

Reviewing the seminal study that critically appraised the methodology of a global edtech solution provider, NewGlobe, in Kenya and which Professor Kremer presented at the recently concluded Education World Forum in London, there is reason to believe those phenomenal impacts can be replicated in public education systems across Africa, including Nigeria.

The Professor states that: “attending schools delivering highly standardised education has the potential to produce dramatic learning gains at scale suggesting that policymakers may wish to explore incorporation of standardisation, including standardised lesson plans and teacher feedback and monitoring, in their own systems.”

The study suggests that if replicated at scale across public education systems, the learning gains would be enough to put African children from underserved communities on track to match their peers in countries with incomes three or four times higher.

The study finds that after two years, primary school students, up to Junior secondary in NewGlobe’s program are nearly a whole additional year ahead of children taught using standard methods. For early childhood development – typically three and five-year-olds – children gain nearly an additional year and half of the learning; learning in two years what students in other schools learn in three and a half years.