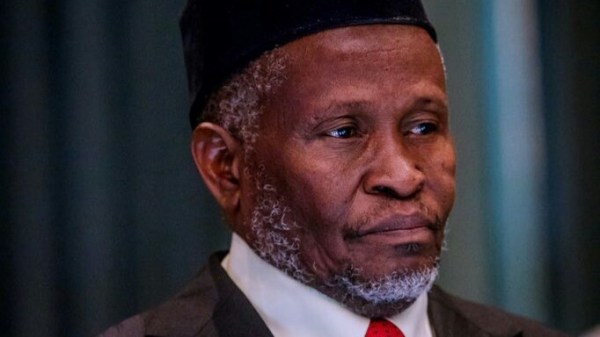 He is the second apex court top judge to quit in about four years, following Walter Onnoghen, who resigned in controversial circumstances in 2019.

Muhammad tendered his resignation amid corruption allegations levelled against him by 14 Supreme Court Justices.

But according to reports, he quit on ground of ill-health.

Last week, the justices wrote to him, protesting about his failure to cater to their welfare.

They also accused him of denying them access to training and legitimate entitlements, while he and his family go on junkets.

The justices also expressed concern over the handling of the finances of the court with most of their logistical needs either cut or stopped despite the increase in the budgetary allocation to the Judiciary from N100 billion in 2017 to N120 billion in 2021.

What the 14 justices said:

In their widely circulated letter, titled “The State of Affairs in the Supreme Court of Nigeria by Justices of the Court”, the justices asked the CJN to act before it’s too late on their challenges of justices’ accommodation, vehicles, electricity tariff, supply of diesel, internet services to our residences and chambers, and epileptic electricity supply to the court.

“Your Lordship with all due respect, this is the peak of the degeneration of the court; it is the height of decadence, and clear evidence of the absence of probity and moral rectitude,” they wrote.

“Your Lordship, this act alone portends imminent danger to the survival of this court and the judiciary as an institution, which is gradually drifting to extinction.”

Justice Tanko Muhammad accused the justices of dancing naked in the public.

“Judges in all climes are to be seen and not heard, and that informed why the CJN refrained from joining issues until a letter, said to be personal, is spreading across the length and breadth of the society. This was akin to dancing naked at the market square by us with the ripple effect of the said letter”.

He said despite the financial difficulty in the court, his administration has made efforts to recruit legal assistants for the justices and other logistical support which they are entitled.

“Two weeks ago, eight Supreme Court Justices were nominated for a workshop in London as the court cannot take all of them there at once otherwise the job would suffer. They would be going in batches.

“Accommodations are being gradually provided for the few that are yet to get. There is none of the apex court justices without SUV and backup cars. If any of them were purchased but refurbished, the external and internal auditors are here in the court to take those that bought them up over it.

“The high cost of electricity tariff and diesel is a national problem. The chief registrar might have budgeted for N300 per litre but diesel is now selling for over N700 per litre and therefore has to find a way around it without even bringing it to the attention of the CJN. But there is no way the generator would be put off if the court is sitting.”