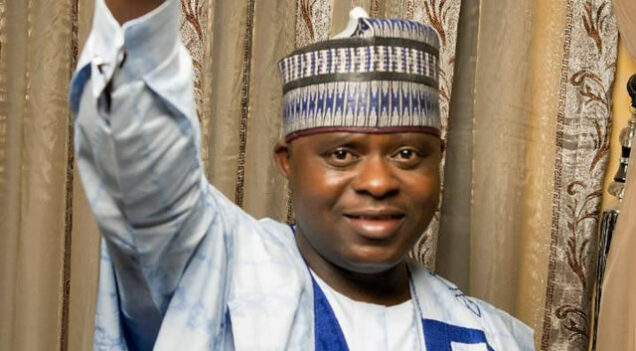 Sen.Godiya Akwashiki (APC- Nasarawa North), has renounced his membership of the All Progressives Congress (APC) over alleged irregularities during the recent party primaries in the state.

Akwashiki made this known while inaugurating the construction of a 2km Nassarawa Eggon/ Galle Road in Nassarawa Eggon Local Government Area on Monday.

He, however, did not mention the new political party where he intend to pursue his senatorial reelection bid.

“In the next 72 hours, you will see a platform that I will join and we will all move together,” he said.

Akwashiki explained that his decision to leave the party was due to the alleged manipulation of the delegates’ list, which compelled him to withdraw from the party primaries.

“You are all aware of what transpired during the APC primary election in Akwanga.

“I withdrew from the race because delegates’ lists were doctored by the party.

“I have been under pressure by you; my supporters to leave the party and today, I have answered your call to leave APC and to actualise my reelection ambition,” Akwashiki said.

The senator said that the construction of the road would ease the transportation of agricultural produce from the farms to the markets and also improve on the general socioeconomic welbeing of the people of the area and its environs.

“I have provided and I’m still providing infrastructure in roads, electricity, water supply and health, as well as empowerment and employment among other interventions across the zone.

“All what I am doing is to change your lives positively and by God’s grace, I will continue to do more,” he added

The senator assured the people of the senatorial district of quality representation at all times.

“We are proud of having Sen.Godiya Akwashiki. He is doing well and please keep it up.

“He has initiated good policies and programmes that have direct bearing on the lives of the people of Nasarawa North and others.

” May God bless him abundantly ,” he said

The ECDA President sued for continuous tolerance and peace in Eggon nation for development to thrive.

The News Agency of Nigeria (NAN) reports that the event brought together politicians, traditional rulers and well wishers. (NAN)