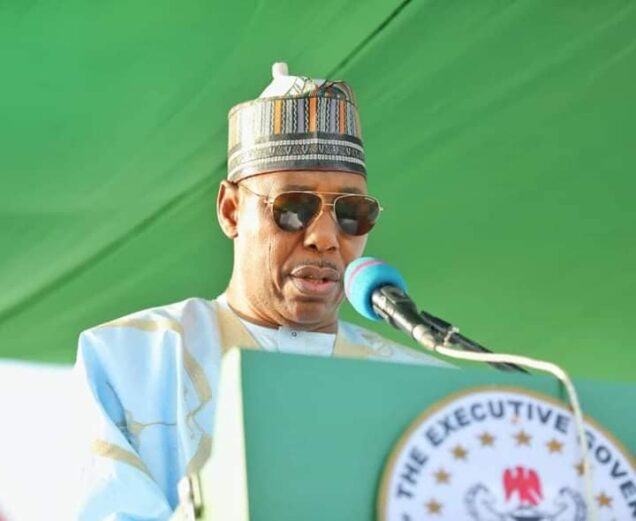 The Chief Judge of Borno, Justice Kashim Zanna, who administered the oath of office to the Commissioners, was represented by Justice Fadawu Umaru.

The event also witnessed the swearing-in of a new permanent secretary, Alhaji Abu Abadam, a senior director at the ministry of water resources.

The governor urged the new officials to exhibit exemplary leadership and diligence in the running of government affairs.

He called on them to give him good advice to move the state forward.

He said all commissioners should form working relationships with their permanent secretaries.

He said the commissioners should hold regular meetings with stakeholders in their ministries and forward resolutions and recommendations to him through the office of the SSG.

He urges them to take the lead in promoting punctuality at work reminding them that office hours remained 8 am to 4 pm except on Fridays when work ends at noon.