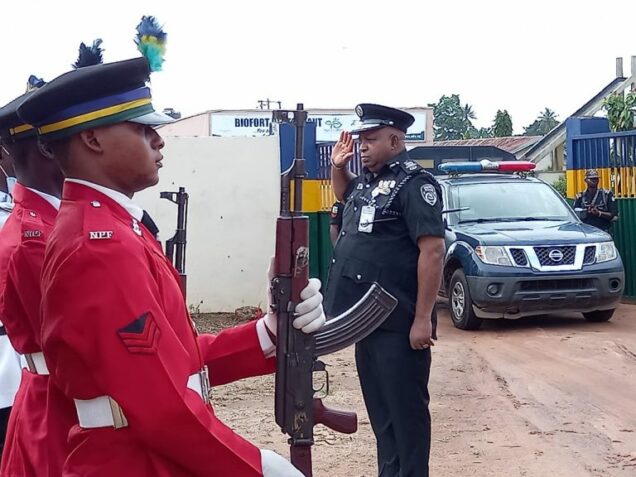 Yunus Akeera, the New Assistant Inspector General, of Police (AIG) in charge of Zone 17, has warned criminals to stay away from the zone or face the full wrath of the law.

Akeera stated this as he assumed his office as the fourth AIG in-charge of the zone, comprising Ondo and Ekiti States.

According to him, he was in the state for serious business, but not for tea party.

He explained that the Inspector General of Police was desirous to show that the ugly incident that happened in Owo and other areas within the axis was nipped in the bud.

The new AIG said that it had become imperative for the zone to synergise with other sister agencies to make sure that the entire citizenry of Ondo and Ekiti States had peace of mind, and went about their normal businesses.

“Our mission, goals and efforts are the robust policing of the entire states and beyond. So, if all hands are on deck and intelligence is shared, we will be able to do our best for the states.

“We didn’t come here for tea party, we are here for serious business. So, I am imploring everybody to cooperate with the Police and let us be on the same page so that the states can move forward,” he said.

Akeera, therefore, promised that the Police would not allow any miscreants to jeopardise the progress already put in place by the government of the states.