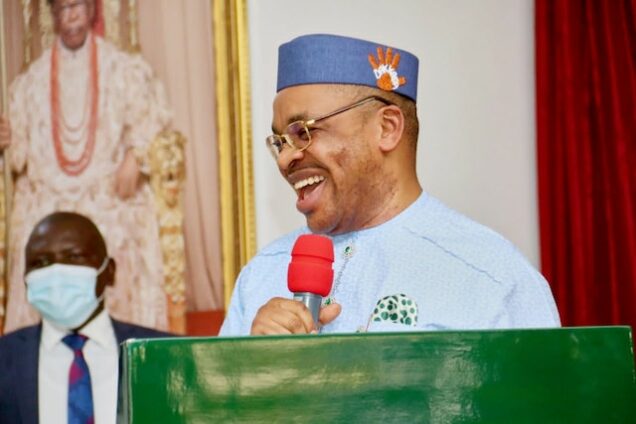 Gov. Udom Emmanuel of Akwa Ibom has approved a N200,000 scholarship scheme each to 500 indigent and brilliant students of the state in tertiary institutions.

The Commissioner for Information and Strategy, Mr Ini Ememobong, disclosed this in a statement in Uyo, made available to newsmen on Tuesday.

He said the Ministry of Education and State Scholarships Board were mandated to publish the eligibility criteria for candidates to ensure a transparent and fair process for beneficiaries.

Ememobong said that the approval was part of the resolutions during the State Executive meeting held at Government House Uyo.
He added that Council approved the construction of a 5 km Elei-Osu -Offi group of villages with 60 metres span bridge to link Okobo with Urue Offong/Oruko Local Government Area.

According to Emmeobong, the EXCO received in the audience, the new Brigade Commander of 2 Brigade, Nigerian Army, Brig.-Gen. Abubakar Wase, who came to pay a courtesy call on the governor, following his assumption of duties at the Brigade Headquarters in Uyo.

He reported the governor as saying that the state government would support in building a permanent site for 2 Brigade, Nigerian Army, at Mbiokporo, Ibesikpo Asutan LGA, to further equip the brigade against combat challenges.

Ememobong said the governor reassured the commander that the government would give its support and cooperation as accorded his predecessor, Brig.-Gen. Mohammad Inuwa.

He quoted Emmanuel as saying: “I want to thank the Chief of Army Staff and I am expecting that soon he will come in so that together we can open up a permanent site of the 2 Brigade along Mbiokporo and see the area of support we can give as government before I Ieave office.”

He added that the governor commended the Nigerian Army for the collaboration with other security agencies to address security challenges confronting the state.

The commissioner said the Commander of the Brigade, Brig.-Gen. Wase, thanked the governor for the reception accorded him since his assumption of duties.