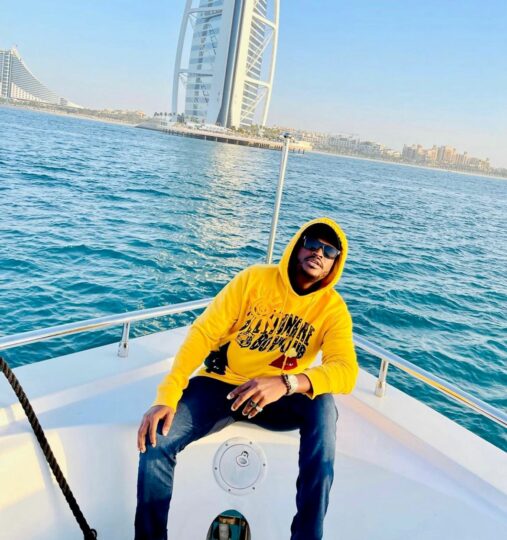 Dubai-based Showbiz/ Event outfit Milly Promotions has announced the launch of an Afro Drip party with DJ Neptune. Afro Drip parties, a weekly event, was suspended during the pandemic period but is now ready to make a comeback.

CEO/Founder of Milly Promotions Ajibade ‘Milly’ Martins also known as “Milly Hussle” made the announcement via His Instagram page with a post of the event flyer and a caption with details.

Milly who is an events & artiste manager, show promoter, businessman and philanthropist, is also the CEO/founder of Milly Promotions & Entertainment and Milly Exchange both registered in Dubai.

“Seeing that businesses and recreational activities are returning to normal, I felt it is time to relaunch Afro Drip parties”, Milly said.

Ajibade also said plans are already in motion after the launch for the resumption of the event every Thursday as usual. The launch which will feature live performance by DJ Neptune, will be held on Saturday 2nd July. He said that even though DJ Neptune will be the headliner, he will be supported by DJ PHYZ / DJ LOSO / DJ MARO and MC DOUBLEJB will be the host and hype man for the night.

Previous editions of Afro Drip have seen Nigerian Afrobeats artists like “Sean Tizzle, Bella Shmurda, Small Doctor and Big Trill” perform live. “This launch party will mark the return of events as a whole from the stable of Milly Promotions, I am already in talks with several artists for subsequent ones”, Martins said.

Milly said ongoing talks are positive so far and as soon as it is solid, he will reveal the full time table for the rest of the year as well as the list of performers for each date. He said his goal is to bring back events and shows bigger and better albeit gradually.