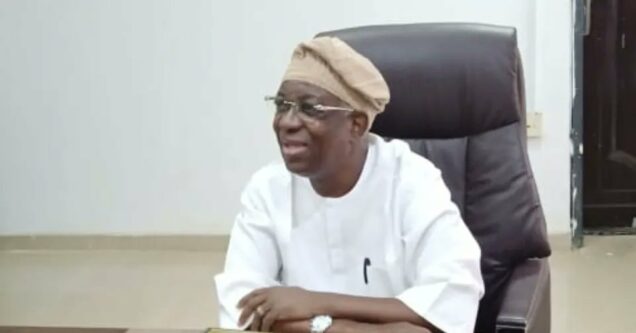 The Oyo State High Court on Wednesday ordered the state House of Assembly to suspend the impeachment move against the Deputy Governor, Rauf Olaniyan.

Justice Ladiran Akintola ruled that the lawmakers should maintain the status quo pending the hearing of the application for interlocutory injunction filed by Olaniyan’s counsel, Chief Afolabi Fashanu (SAN).

Akintola, thereafter, adjourned the case until next Tuesday, for the hearing of the respondent’s reply.

Olaniyan’s trouble started two weeks ago after he defected to the All Progressives Congress (APC). The legislative initiated impeachment moves against him two weeks ago.

He is accused of financial recklessness, gross misconduct and insubordination, among other allegations.

Olaniyan instituted the suit against the House of Assembly, the Clerk and the Speaker, Mr Adebo Ogundoyin, over the impeachment action against him by the lawmakers.

Fashanu had earlier filed an application for an interim injunction restraining the Assembly from taking any step pursuant to the impeachment of the applicant.

He prayed the court to rule that the status quo should be maintained, pending the hearing, so that the application would not be defeated

Counsel to the respondents, Mr A. A. Olabiyi, orally applied to the court for an extension of time to respond to the motion.

Olabiyi said that he was served the motion on notice at the close of work on Tuesday.