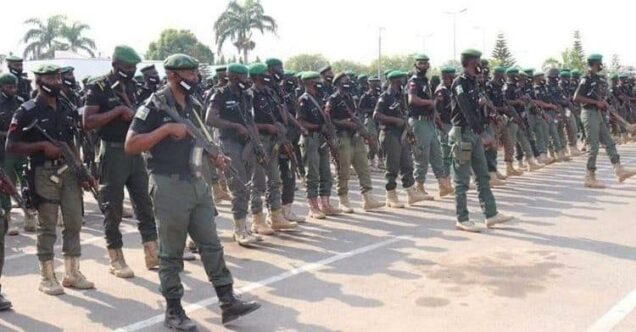 An Osun High Court in Osogbo on Wednesday ordered police to pay the sum of six million naira to Messrs Yusuf Adepoju and Muddathir Kewdirorun, for invading their residence without prior invitation.

Justice A. Oyebiyi gave the order during a judgment in a fundamental human rights violation suit filed by the two men.

The applicants had alleged that the police, without any prior invitation, invaded their homes at 3:00 a.m. on Nov. 16, 2021, for reasons unknown to them.

Ruling on the suit, Oyebiyi held that the applicants proved their case against the police beyond reasonable doubt.

The judge held that infringement on fundamental rights of innocent civilians was against the 1999 Constitution as amended.

He said that the applicants’ privacy and that of other members of their families were threatened by the police through the raid, without invitation, at late hours of the night.

The court ordered the police to pay the sum as compensation to two applicants, Messrs Yusuf Adepoju and Muddathir Kewdirorun, for abusing their fundamental rights.