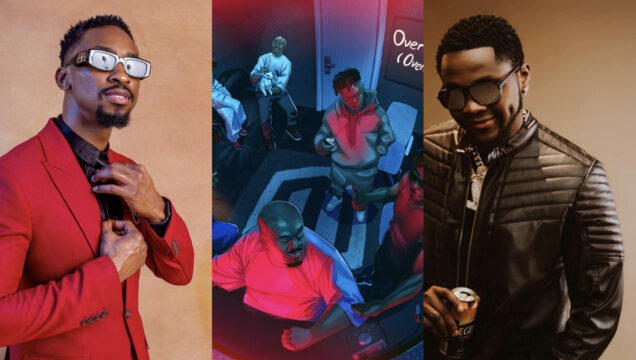 Very few shows in Nigeria have minted stars like the popular reality TV show, Big Brother Nigeria, has done and one of its newest graduates, Adeoluwa Okusaga, has transferred his popularity on TV screens to the meme-ready, culture-driven platform that TikTok offers.

Sagadeolu7 as he’s known on TikTok, is popular for his meme depictions,fashion tips, and workout routines that he gleefully shares with his community. Currently, he has over 200Kfollowers and has received more than 700k likes across his videos.

I_Am_Tjan Wants To Make You Laugh

Above all, when people come on TikTok there is an assurance that they get to witness something that sparks some joy in their lives or takes them to a place of elation.

TikTok creator, I_Am_Tjan, represents the finest evidence of that ability, creating content that touches on distinctly Nigerian realities such as the humorous side of romance, gym culture, and the inner workings of religion in the country.  Presently,  I_Am_Tjan has over 429K followers and has received over 4M likes across his videos.

The #Buga dance trend, inspired by a song of the same name by Afropop stars, Kizz Daniel and Tekno, has taken TikTok by storm. Since starting on the platform, it has been interpreted in diverse ways by creators across the world after the song’s release earlier this year. This trend has had over 2.8M published videos and about 285M  video views since it was released in-app.

To celebrate its 10th anniversary in May, Mavin Records released a song titled Overloading, helmed by stars such as Crayon, Ayra Starr, LADIPOE, Magixx, and Boy Spyce. The Don Jazzy-produced song has become one of the most popular sounds on TikTok with over 508k published videos and about 285M video views since its release in-app.