Revealed: Trump wanted to join Jan 6 rioters at the Capitol 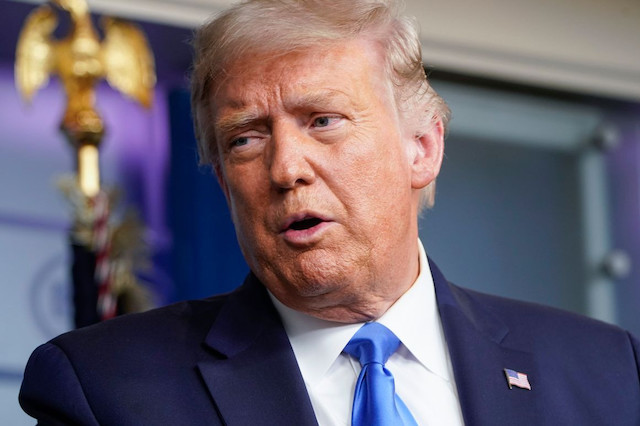 Former U.S. President Donald Trump wanted to join the January 6 rioters at the Capitol, but was restrained by his security detail, a former aide testified on Tuesday.

But his security detail declined to take him to the U.S. Capitol where his supporters were rioting,

The then-president dismissed concerns that some supporters gathered for his fiery speech outside the White House that day carried AR-15-style rifles.

He instead asked security to stop screening attendees with magnetometers so the crowd would look larger, the aide testified.

“Take the effing mags away; they’re not here to hurt me,” Hutchinson quoted Trump as saying that morning.

Trump struggled with Secret Service agents who insisted he return to the White House rather than join supporters storming the Capitol where Congress was meeting to certify his rival Democratic President Joe Biden’s victory, Hutchinson testified.

“‘I’m the effing president. Take me up to the Capitol now,'” Hutchinson quoted an enraged Trump as saying.

She said Trump tried from the back seat to grab the steering wheel of the heavily armored presidential vehicle and lunged in anger at a Secret Service official.

Hutchinson testified at the sixth day of House hearings into the deadly Jan. 6 Capitol assault by Trump’s followers, roused by his false claims his 2020 election defeat was the result of fraud.

On social media Trump denied having grabbed the wheel.

“Her Fake story that I tried to grab the steering wheel of the White House Limousine in order to steer it to the Capitol Building is ‘sick’ and fraudulent,” Trump wrote on Truth Social, his social media app.

Dozens of courts, election officials and reviews by Trump’s own administration rejected his fraud claims, including outlandish stories about an Italian security firm and the late Venezuelan President Hugo Chavez tampering with U.S. ballots.

Four people died the day of the attack, one fatally shot by police and the others of natural causes. More than 100 police officers were injured, and one died the next day. Four officers later died by suicide.

At the end of about two hours of testimony, Representative Liz Cheney, one of two Republicans on the nine-member House panel, presented possible evidence of witness tampering and obstruction of justice.

She showed messages to unidentified witnesses advising them that an unidentified person would be watching their testimony closely and expecting loyalty.

Republican Mick Mulvaney, who served as Trump’s chief of staff before Meadows, tweeted: “There is an old maxim: it’s never the crime, it’s always the cover-up. Things went very badly for the former President today. My guess is that it will get worse from here.”