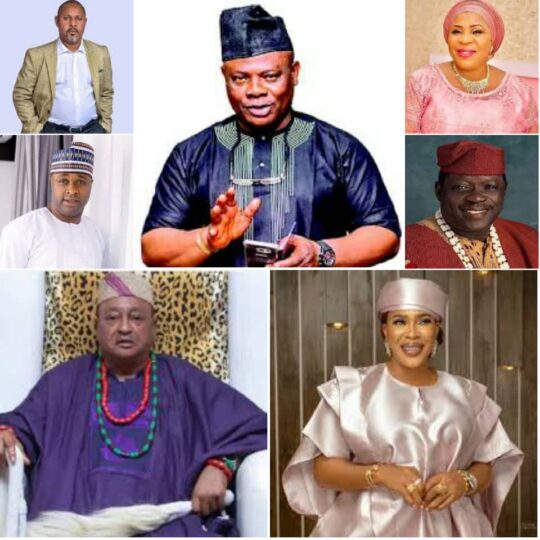 Yoruba actors and actresses in Nollywood on Wednesday openly endorsed the APC Presidential candidate, Asiwaju Bola Tinubu for president in 2023.

The Yoruba Nollywood stars released a video endorsing Tinubu for presidency and declared that they would support him.

According to them, Tinubu is a bridge builder across regional, ethnic and religious lines that is capable of uniting the country.

Speaking on behalf of others on his Instagram page, Quadri said “We have identified him as an exceptional manager of resources and a seasoned administrator and we are convinced that the nation needs him in the next dispensation.

“We have discovered a man who is ready to sacrifice all he has for his fatherland…the least sacrifice we can make is to let the whole country see the Leadership we have seen, feel the compassion we have felt; and move the maker of modern Lagos (Asiwaju Bola Ahmed Tinubu) to the moulder of a greater Nigeria,” he said.

He added: “Nigerians, we need to rise and give Tinubu an unequivocal charge: to springboard Nigeria into a growth phase several leaps ahead, the way Lagos State — under his guide— left the launch platform two decades ago, has stayed the positive course and is now the 5th biggest economy in Africa (rated as a nation).

“We must not fail to give this indefatigable leader with such an audacious spirit, a creative instinct and a striking mission a clear mandate to make the biggest difference possible to our collective trajectory of growth and development as a nation. What would it take? Our massive turnout and count of votes in the 2023 presidential election.

“Show me a man with bigger heart and I will show you Asiwaju Bola Ahmed Tinubu.”

Quadri added on his own that “I pledge my full support for BAT not because I was paid to do so but because of Asiwaju’s support and influence to all and sundry over the years. Majority of actors who venture into politics today do so because of the influence of Asiwaju Bola Ahmed Tinubu.

“If we look at the rotation of leadership in Nigeria over the years , it is very crystal clear it is Yoruba’s turn to be president.”