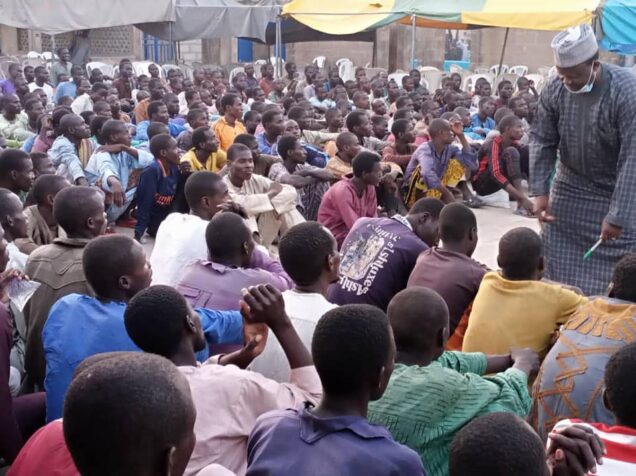 Defence Headquarters on Wednesday said 4,770 terrorists comprising 864 adult male, 1,415 women and 2,490 children surrendered to the Nigerian troops between June 1 and June 15, in the North East.

The Director, Defence Media Operations, Maj.-Gen. Bernard Onyeuko, said this at the bi-weekly news conference on the operations of armed forces on Thursday, in Abuja.

Onyeuko said the troops of Operation Hadin Kai had intensified the tempo of their operations in the various locations across the North East Zone.

He said the operations led to the rescue of abducted persons, neutralising of terrorists, arrest of terrorists members, recovery of arms and ammunition and other security related items.

Onyeuko said the troops of 152 Battalion had between June 17 and June 21, encountered fleeing Boko Haram Terrorist/Islamic State West Africa Province fighters at Buduwa in Bama Local Government Area of Borno and eliminated seven of them.

He added that 14 rustled cattle and three bicycles were recovered as well as apprehension of some terrorist collaborators and logistics suppliers.

“All surrendered Boko Haram Terrorist/Islamic State West Africa Province members and families were profiled and documented while all arrested and recovered items were handed over to the appropriate authority for further actions,” he said