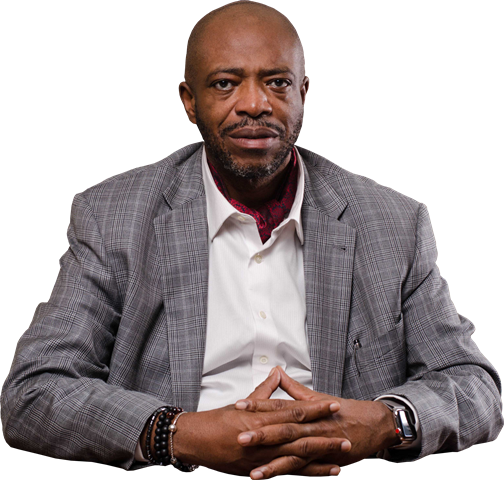 A staple of the Nigerian boxing scene since 2014 is the skyscraping physique and face of Jenkins Alumona, Managing Director and Chief Executive Officer of Flykite Sports. Four to five times yearly, Alumona could be seen addressing media conferences at which bouts of each edition of GOtv Boxing Night are announced. Decades before, he had also sat at press conferences, listening to boxing promoters of that era announce the bouts on their bills.

That was his brief as a fledgling sports reporter with The Guardian, which assigned him to cover boxing. Back then, boxing promotions were frequent and promoters had a wide pool of boxing talents from which they picked and chose.

Then came a dip, followed by a bust. Promotions thinned out and, after a while, dried up. Almost. Before the dearth of promotions, Alumona sought and secured another opportunity for his sports reporting talents, joining the Independent Communications Network Limited (ICNL), which had just been founded and would grow into a major publishing organization.

ICNL were the publishers of The NEWS and TEMPO, both hard-hitting news magazines; AM News, a national daily, PM News, an evening title circulating only in Lagos; and TEMPO FOOTBALL which, as the name indicated, focused exclusively on Nigeria’s favourite sport. His experience in sports naturally made the publishers push him to TEMPO FOOTBALL and, within a short time, was appointed its editor.

Football seemed to have  cut him adrift from boxing, a state of affairs that would lengthen when he was appointed editor of The NEWS, the organisation’s flagship publication and one whose radical bent put it in direct confrontation-with grim consequences for the publishers and staff-with the military dictatorships of that era.

As editor of The NEWS, one with considerable experience in sports journalism, Alumona found himself in front of television cameras as anchor of Nigerian Television Authority’s Master Sports, the biggest TV sports show of the time.

It was meant to be a one-off, but the producers were sufficiently impressed by the insights he provided and made him a fixture, something that came at a personal cost.

Here was the editor of a magazine considered bad news by a journalist-hating military dictatorship having the cheek to become a famous television personality. It was something akin to-even if unintended-a middle finger to the authorities. It was an invitation embossed with “come arrest and detain me if you can”.

The invitation was accepted. One day while anchoring the show, agents of the state stormed the Nigerian Television Authority’s studios in Lagos and hauled him into months-long detention. About a year after his release, he chose to leave behind the trauma that was the lot of journalists at the time, resigned from The NEWS and sought a fresh challenge.

The first step was to enroll for a Master’s degree in Marketing at the University of Lagos. On completion, he joined The Quadrant Company, the top-tier reputation management firm, as Senior Account Director. Part of his portfolio at The Quadrant Company was the management of clients’ sports assets, which saw him take charge of the Pepsi Football League, Seven-Up Basketball League in addition to other blue-chip accounts such as SmithKline Beecham, Econet Wireless, DHL as well as Benson and Hedges.

From there, he joined Econet Wireless Nigeria, the country’s first mobile telephony company, as Manager (Events, Sponsorships and Marketing). He would later join the Otunba Mike Adenuga-promoted Globacom Limited . Alumona was appointed Principal Manager for Sponsored Assets in the Brands Communications Department, where he managed the Globacom Premier League and the company’s other sponsorship properties and events, including the 2003 All Africa Games (COJA).

If the sojourn into the corporate world looked like it had cured him of his affection for boxing, it was temporary. He would experience a relapse 10 years later, aided by having had time to study the boxing landscape.

He knew how dire the boxing scene had become in the hands of the conspiracy between lack of funding and poor organization and fashioned a plan to tackle that. Boxing, to use its own terminology, was on the canvas. While he had the conviction that his plan could fix things, the conviction was everything but universal. The scale of disrepair into which the sport had fallen was huge and manifested boldly in professional boxers having very few opportunities between fights, forcing them to drift into other occupations because they earned measly purses even when they fought fairly regularly.

Promising amateur boxers stayed within the unpaid ranks, as careers in the pro cadre did not promise adequate financial rewards. The plan contained a different template of boxing sponsorship and an unprecedented and regular broadcast of professional boxing bouts to continent-wide audiences.

When he pitched his ideas Chief Adewunmi Ogunsanya, Chairman of Miltichoice Nigeria promoters of GOtv Nigeria, he got lucky. He was selling to someone with an even deeper desire to resuscitate the sport in Nigeria. Chief Ogunsanya (SAN) is possibly Nigerias biggest boxing buff.

The outcome is GOtv Boxing Night, which began on 14 November, 2014, at the Indoor Sports Hall of the National Stadium, Lagos. The difference between past promotions and GOtv Boxing Night was vast. There was enormous pre-bout publicity, better organization that manifested in boxers being insured and better remunerated in addition to live broadcast. The show has grown in leaps and bounds, with the institution of a cash prize for most outstanding boxer at every edition in addition to the Mojisola Ogunsanya Memorial Trophy in memory of the wife of Chief Adewunmi Ogunsanya (SAN), Chairman, MultiChoice Nigeria.

The cash prize has gone up on many occasions from N1m to N2m, N2.5m and N3million, which are the biggest sums earned by Nigerian boxers fighting locally.

GOtv Boxing Night’s success has drawn foreign attention to local boxers, with many of them invited to fight abroad. Rasheed “Afonja Warrior” Abolaji, Waheed “Skoro” Usman, Olaide “Fijaborn” Fijabi and Rilwan “Baby Face” have all gone on to fight abroad.

To consolidate the modest success and accelerate the revival of professional boxing, Alumona created GOtv Boxing NextGen Search, the talent hunting and development initiative targeted at promising boxers. The programme, which has the backing of the sponsors, is being implemented in partnership with the Lagos State Boxing Hall of Fame and Nigerian Boxing Board of Control (NBB of C). It has, as talent spotters, assessors and groomers, the best boxing coaches in the country.

Rilwan “Baby Face” Babatunde, who has won the national, WABU, ABU and WBF Intercontinental welterweight titles, is the most famous product of the initiative.

Also, as part of the sustenance phase, Alumona, in 2019, caused an ultra-modern gym to be established. The multi-million Naira facility, situated in Lagos, is funded by Chairman, MultiChoice Nigeria and GOtv Boxing. It is conceived as a preparation facility for local and international boxers coming to fight in Nigeria as a talent incubator.

In addition to the capacity to accommodate over 30 boxers and trainers at a time, Mojisola Ogunsanya Memorial Gym is regarded as the most modern boxing facility in Nigeria. It parades modern training equipment such as a standard ring, thread mills, punching and speed bags, double-end bags, wrecking ball snatchers, sparring mitts, focus mitts and bar bells among others.

It is fully air-conditioned and offers a variety of leisure facilities. Alumona is the incumbent Chairman, Lagos State Boxing Association, a position he was elected to in 2021.

He is a keen golfer and member of Ikeja Golf Club. He is also a member of the Official Liverpool Supporters Club (OLSC) as well as that of many social clubs, including the Lagos Country Club.

He attended the Anambra State University (now Enugu State University), University of Lagos and he is a graduate the Lagos Business School (OMP7) and the prestigious (OPM43) of the Harvard Business School as well as a 2006 Fellow of Bucerius Sumer School, Hamburg, Germany. He is a Fellow of the Advertising Practitioners Council of Nigeria (APCON) and current Vice President of the Association of Advertising Agencies of Nigeria (AAAN).