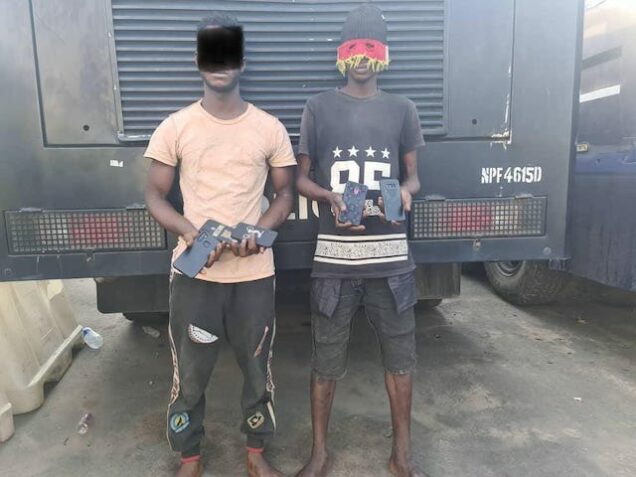 Two robbery suspects alleged to have been attacking motorists around Deeper Life Bible Church Bridge in Gbagada, Lagos have been arrested.

The spokesperson for the Lagos Police Command, SP Benjamin Hundeyin, confirmed the arrest in a statement in Lagos.

“The suspects were arrested by policemen on routine patrol following credible information received about the presence of suspicious persons on Deeper Life Bible Church Bridge, Gbagada.

“The third suspect took to his heels upon sighting the policemen,” Hundeyin said.

He said that the suspects had been operating in the area during traffic gridlocks, distracting motorists and carting away their phones and other belongings.

“The suspects are currently assisting the police in an ongoing investigation to arrest the third suspect and other members of their gang,” he said.

Hundeyin added that the suspects would be arraigned in court as soon as investigation was concluded.