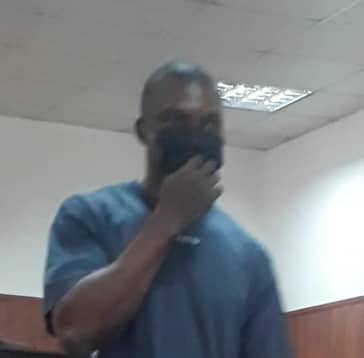 Justice Mojisola Dada sentenced Adebola after he pleaded guilty to a one-count amended charge of obtaining by false pretence.

“The defendant is hereby sentenced to one years’ jail term, having been on bail till now or pay an option of fine of N2 million.

“All the items recovered from him are hereby fortified to the Federal Government and must right an understatement never to go back to the same crime again,” Dada said.

She also ordered the convict to restitute the sum of N4 million which must be paid within four months.

The Economic and Financial Crimes Commission (EFCC) had on May 30, charged the convict with an amended one-count charge of obtaining by false pretence.

The prosecution submitted that the EFCC received a report from the hotel sometime in December 2020 and alleged that the defendant who had lodged in their facility, off and on, made payments through credit cards and American Express in favour of the hotel and the payments were recalled by the unified payment system.

“Based on the information, between Dec. 15 and Dec. 16, 2020, the defendant checked into the hotel again and was arrested based on the earlier allegations against him.

“A search was conducted on him and nine different credit cards, bearing different names, were recovered from him in which six out of the nine were American Express

“Two UK drivers’ licences were recovered from him at the point of arrest, all of which contained the same information, including the picture of the defendant and the only difference was the name.

“The defendant said that the cards were given to him by one Jim Collins, whom he met in the UK and he was aware that the credit cards were not legally issued and that he did not know the owners of the card.

The prosecution further said that an investigation was extended to the National Crimes Agency (NCA) in the UK to confirm the authenticity of the cards, the driver’s license and the criminal record of the defendant if any existed.

“The team received a response from the NCA stating that the driver’s licences were forged documents, including the credit card.

“NCA also said that the defendant was sentenced to 15 months imprisonment in the UK for offences bordering on fraudulent bank card, motoring offences and others which later resulted in his deportation,” the prosecution said.

EFCC said the offence contravened Section 312 of the Criminal Laws of Lagos State, 2011.