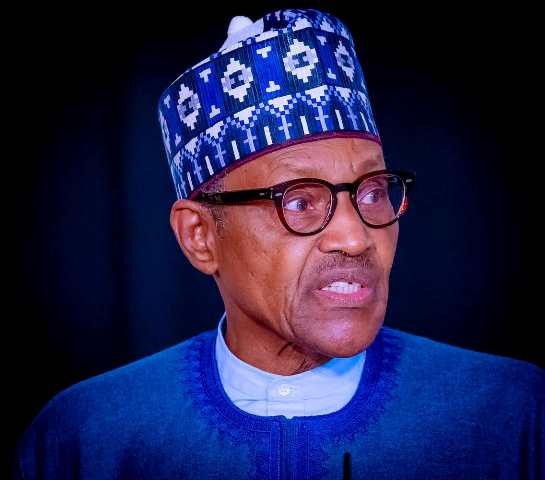 Special Adviser to the President on Media and Publicity, Femi Adesina has said President Muhammadu Buhari’s footprints will be indelible on the sands of time.

Adesina, in his article titled: “Buhari in Portugal: A Prophet has no honour in his Country,” said “President Buhari’s footprints will be indelible on the sands of time. His strides in infrastructure, agriculture, social investment, and many others will remain evergreen.”

He, however, said security is a thorny issue and prayed that Buhari would crack it in the remaining 11 months.

“As for revisionists, who try to ensure that the administration would be remembered for only massive insecurity that has plagued the land, they will never win. Buhari’s place in history is secure already. Good and honest Nigerians will always remember him for his positive strides, and the world will not forget him either,” he stated.

Speaking on Buhari’s visit to Portugal and the befitting reception accorded him, Adesina said Jesus had rightly said a prophet had no honour in his home.

“What am I saying? The Buhari some people abuse, deride, and excoriate at home has been standing ramrod straight in Lisbon, Portugal, this week, paying an official visit to that country, guest of President Marcelo Rebelo de Sousa. He has attended Economic Seminar between Nigeria and Portugal, visited the Portuguese Parliament, and got conferred with the highest National Honour, Grand Collar of the Order of Prince Henry.

“Before heading back home, President Buhari will also be presented with keys to the City of Lisbon, making him an exalted citizen of the domain.

“And that is the Buhari some people call names at home. People who don’t have the slightest achievements to their names, people who are both anonymous and miscellaneous, completely undistinguished. They wash their mouths on a man who has ruled the country twice, both as military and democratically elected leader. Let some of those critics run for councilor. Zero votes.

“The Grand Collar of the Order of Prince Henry is a Portuguese order of knighthood created in June, 1960, to commemorate the quincentenary of the death of the Portuguese explorer, Prince Henry the Navigator, one of the main initiators of the Age of Discovery. The Award is reserved for Portuguese heads of state, and some distinguished foreign recipients. President Buhari is now one of such, and the first Nigerian leader to be so honored.

“Flashback to September 2019, at the 74th edition of the United Nations General Assembly in New York, United States of America.

“I was with President Buhari when he received President de Sousa at a bilateral meeting, and the latter invited him to visit Portugal. He had said: “Please come, even if it’s for half a day. It would be a great honor to have you, and we have been waiting for you to visit for three years. Many African leaders have come, but we want Nigeria.”

“The visit was envisaged for 2020, but then COVID-19 struck, and it became impossible for about two years. Now, ‘come has come to become,’ and President Buhari is visiting in a blaze of glory. Nigeria’s flag is fluttering proudly in the European skyline, thanks to the Mai Gaskiya, the honest man, man of integrity, widely respected across the globe,” he said.

Adesina said he has seen President Buhari decorated with National Awards across continents, completely unsolicited and that the man remained ever self-effacing, without a single bone of arrogance in his body.