How I met my husband, Femi Soyinka, 48 years ago - Kofo 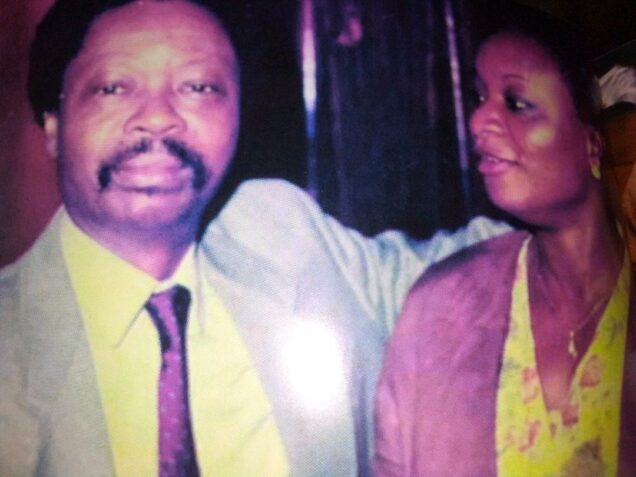 Dr Kofo Soyinka, wife of Professor Femi Soyinka, the late younger brother of Nobel Laureate, Professor Wole Soyinka has revealed how she met her husband 48 years ago, who he was as a family man and how their love life blossomed.

Femi, the renowned Professor of dermatology, venereology and clinical immunology passed on on 14 June, 2022 at his home in Kukumada village, Ibadan, Oyo State.

Kofo, a medical practitioner, made this revelation as part of tributes paid to her late husband, with whom she was married for 46 years, Though she did not speak at the event tagged Evening of Tributes in Memory of Professor Femi Soyinka, which held at Divine Grace Event Centre on New Ife-Ibadan Expressway on Thursday 30 June, her presence was well felt and her glowing tribute are in prints.

According to the medical practitioner, she met her husband while she was an undergraduate at the then University of Ife (now Obafemi Awolowo University) and working on her final year project . Her husband was then a young lecturer at the university.

“The journey began in 1974 when I chose the topic for my project towards the award of a bachelor’s degree in the Faculty of Health Sciences as it was called in those days.

“Prof. Hashimoto was the lead supervisor while Dr Femi Soyinka was the co-supervisor. The field work for the project involved collection of specimens from school children in Ile-Ife and other satellite villages who had superficial fungal infection in various parts of the body,” Kofo said.

Kofo also said Femi was so keen and committed to the project that he sometimes offered to drive her in his car to schools in the satellite communities to obtain specimens.

“On one of such trips, he told me about not not being a family man yet, but confessed that he has a love child born by a German lady. From then on our discussion included personal matters aside from the project issues.

“By the time the project ended in 1975, our relationship had morphed from friendship to a romantic one. We got married in 1976 while in my clinical years of medical school.”

How does Kofo describe her marriage? She describe it unequivocally as very exciting, joyful, peaceful and to sum it up, blissful.

“We had a good one, we enjoyed the good life even though it was simple. But it was full of fun, fishing, and hunting excapades, impromptu travelling by road to Togo for weekends at Hotel Tropicana not to talk of other vacations outside Africa.”

“He loved nature, he loved humanity and he strove to protect humanity in all its various ramifications.

“Alzheimer’s disease robbed us of his jovial and humorous personality but we are grateful to God that through it all, His Grace was sufficient for us,” Kofo maintained.