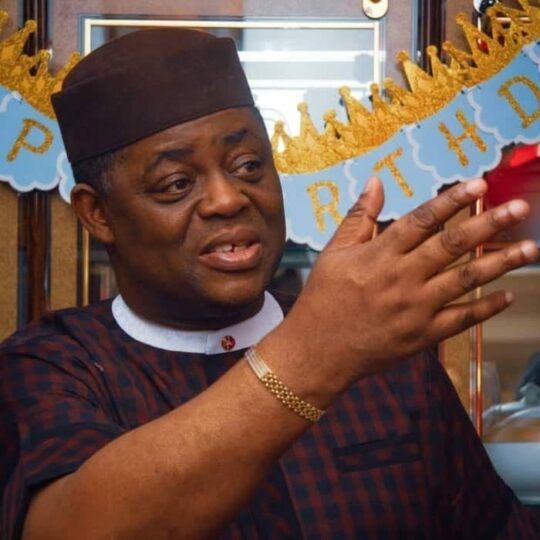 Femi Fani-Kayode, a former Aviation Minister, has condemned Morocco, and other coastal North African countries over the death of African migrants.

In a video, he said there is an evil pact between some Southern European Union countries, and many coastal north African countries to apprehend and kill African migrants. This, according to them, “is to prevent them from crossing to Europe.”

This has attracted wide condemnation. The African Bar Association (AfBA) has also condemned the gruesome killing of dozens of African migrants trying to cross from Morocco to Spain, through Melilla, a Spanish island.

Also, AfBA added that Melilla and Ceuta “are the European Union’s only land borders with Africa and are protected by fences fortified with barbed wire and surveillance cameras.”

AFBA President, Hannibal Uwaifo, through his Director of Strategic Communications, Douglas Ogbankwa, in a statement said:

“The AfBA condemns the grisly and unprovoked killing of dozens of African migrants who were hacked to death by Moroccan Security Officials while trying to make their way to Spain, through the Morocco-Spain land border and we term this action a crime against humanity.

“AfBA restates that migrants even if they were irregular migrants, are entitled to be protected by international humanitarian law, which Morocco has subscribed to. The Moroccan Authorities acted as a rogue state and against International Law in brutally annihilating the unarmed African migrants.

“We call for the immediate suspension of Morocco from the African Union and all African Multilateral Organisations, including the African Development Bank (AfDB), the Confederation of African Football (CAF), and other Continental Sports Bodies,” the body declared.”