Ukraine rains missiles on Russian military base in Melitopol 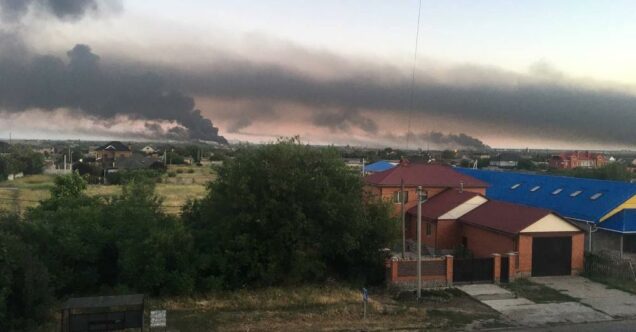 Ukrainian forces hit a Russian military logistics base with over 30 strikes in the Russian-occupied southern city of Melitopol on Sunday, the city’s exiled mayor said.

A Russian-installed official confirmed that strikes had hit the city.

“At 3 o’clock (0000 GMT) and 5 o’clock (0200 GMT), there were over 30 strikes on a single military base,” Melitopol Mayor Ivan Fedorov, who is currently on Ukraine-controlled territory, said on Telegram.

The military aerial logistics base has been “taken out of action” and other resistance activity caused a Russian armoured train carrying ammunition to derail on Saturday near Melitopol, Fedorov said.

The base was occupied on the second day of Russia’s invasion in February and was being used to store ammunition for heavy Russian weapons, he later said on television.

“They stored and handled the logistics of ammunition for heavy weapons at this base,” he said.

“At present the situation has not calmed down (and) everything is still detonating,” he added.

Russia’s RIA news agency reported that Ukraine had hit the Aviamistechko area of Melitopol where the city’s airport is located, but did not specify what had been hit.