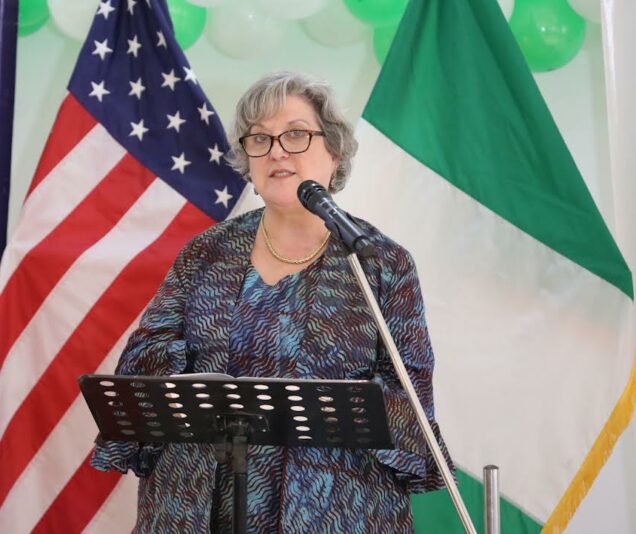 U.S. Ambassador to Nigeria Mary Beth Leonard on Monday highlighted the similarities between Nigeria and her country as it marked its 246th Independence Day celebration.

She stated the similarities in her message on the country’s Independence Day.

According to Leonard, both nations seek to embrace diversity, build unity, and recommit to strengthening democracy.

She said this shared commitment produced a bond between both countries that went beyond governments, adding that it was equally anchored in cultural and commercial relationships, as well as in people-to-people partnerships.

“As the U.S. celebrates 246 years of independence this year, we take time to recognize the key pillars of democracy.

“Our thoughts turn to freedom of expression and respect for human rights, the rule of law, and the role of all citizens in determining the country’s future.”

Leonard said that for Americans, celebrating Independence Day usually meant reminiscing about the past and reflecting on what united them.

This, she said, includes their principles, history, and shared humanity.

“The U.S. continues to strive to strengthen our own imperfect union and also seeks to support Nigeria on its path toward a more equitable future for all its citizens.

On the upcoming general elections in Nigeria, Leonard urged citizens to reject vote-buying and violence.

She also stressed the importance of citizens asking candidates questions about issues they cared about, adding that their voices and actions mattered.

“In the lead-up to the election season, we are reminded of the importance of robust debate, freedom of expression, and space for the many diverse voices in Nigeria to be heard,” she said.