Amber Heard back in court to toss out Depp defamation verdict 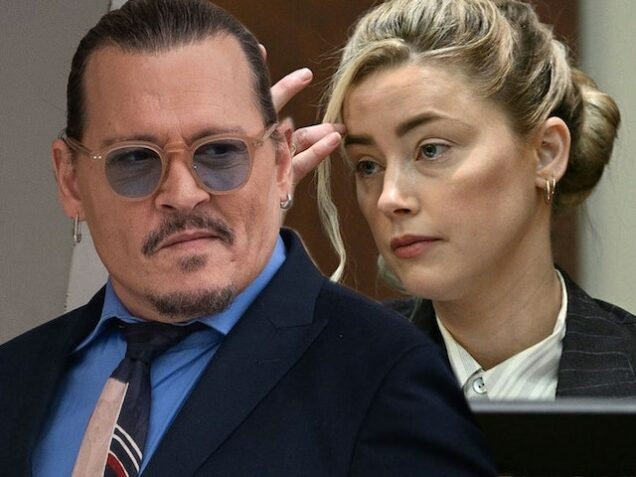 Actress Amber Heard is back in court to toss out the defamation verdict in favour of ex-husband Johnny Depp and seek a retrial.

Lawyers representing Heard, 36, filed the motion in California court on Friday on the grounds that the verdict that she had defamed Depp, 59, was not supported by evidence.

They also alleged that a juror had not been properly vetted, and questioned whether that juror was even supposed to be allowed on the jury.

In a 43-page memorandum, Heard’s lawyers argued that the verdict – and the $10million in damages she now owes Depp – should be tossed out on the grounds that during the trial, Depp ‘proceeded solely on a defamation by implication theory, abandoning any claims that Ms. Heard’s statements were actually false.’

Depp’s lead attorney, Ben Chew, responded to the motion in a statement to Courthouse News, saying ‘What we expected, just longer, no more substantive.’

Heard has said that she is unable to pay the $10.35million in damages she owes Depp. Though she has previously indicated that she wants to appeal the verdict, to do so she would need to post bond of the full damages. It is likely that this latest motion was an attempt part to circumvent those requirements and still take try for a new verdict.

The filing argued that Juror 15 ‘was clearly born later than 1945. Publicly available information demonstrates that he appears to have been born in 1970.’

‘This discrepancy raises the question whether Juror 15 actually received a summons for jury duty and was properly vetted by the court to serve on the jury.’