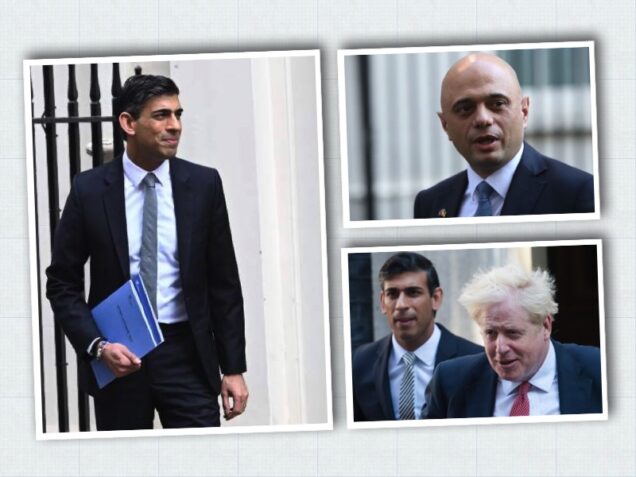 Britain’s finance minister Rishi Sunak and health minister Sajid Javid resigned on Tuesday, in what looked to be a final blow for Prime Minister Boris Johnson.

Johnson had tried to apologise for the latest scandal involving a sexual misconduct complaint over one of his ministers.

Health Secretary Sajid Javid who first announced his resignation, said he could “no longer continue in good conscience.”

The resignations came as Johnson was apologising for what he said was a mistake by not realising that former whip Chris Pincher was unsuitable for a job in government after complaints of sexual misconduct were made against him.

“In hindsight, it was the wrong thing to do. I apologise to everyone who’s been badly affected by it,” Johnson told broadcasters.

Javid said he had lost confidence in Johnson’s ability to govern in the national interest after a series of scandals, saying he could “no longer continue in good conscience”.

He said that many lawmakers and the public had lost confidence in Johnson’s ability to govern in the national interest.

“I regret to say, however, that it is clear to me that this situation will not change under your leadership – and you have therefore lost my confidence too” Javid said in a letter to Johnson.