Customs FOU Zone A rakes in N7bn for Nigerian Govt. 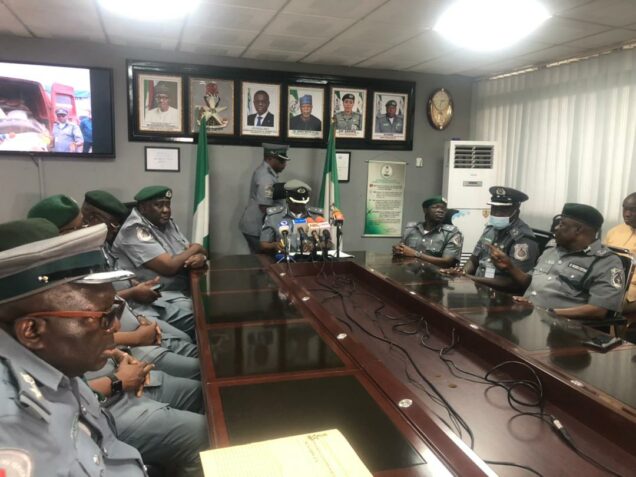 The Federal Operation Unit of Nigeria customs Service zone A Ikeja Lagos has collected the total sum of seven billion, one hundred and sixteen million, nine hundred and thirty-two, and fifty Naira( 7,116,932,050) into the federation account for the period of January to June 2022.

The acting Controller of the command Comptroller Hussein Kehinde Ejibinu revealed this information during a press briefing that was held in his office on Monday at Ikeja Lagos.

The acting Comptroller attributed the huge success recorded for the period under review to the commending doggedness of the officers and their meticulous documentary checks in ensuring that identified revenue leakages of the country are plugged.

Comptroller Ejibunu said that the seizures were made for contravention of different customs offenses with a total of 103 suspects arrested in connection with some of the seized goods.

According to him, the numerous seized items include:

In conclusion, he affirmed that the service shall continue to facilitate legitimate and compliance traders to grow our economy but will be deliberate to frustrate the unrepentant smugglers.