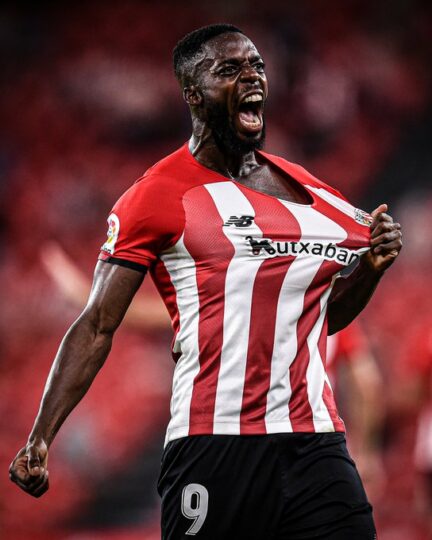 Iñaki Williams has announced that he will be playing international football with the Black Stars of Ghana after representing Spain.

The Athletic Bilbao’s star made the announcement via his social media channels on Tuesday.

He said his decision to play for Ghana was to give back.

In the video shared on his social media pages, Williams said it was time for him to discover his origins in Africa and Ghana and is ready to defend the colors of the Black Stars.

He said, “Every step we take forward has its own meaning. An evolution. A glance into the future leaves a trace itself. A legacy. My parents have raised me with values based on humility, respect, and love.

“They have taught me to embrace life. In that constant quest to continue growing and working upon the pursuit of evolving personally and professionally as an individual.”

“That’s why I feel the moment has come for me to find my origins within myself and with Africa and Ghana which means so much to me and my family.

“I want to return a small part of everything it has given to us because Ghana has played a significant part of becoming who I am as a person, as a son and as a brother.

“Today a new challenge begins. From now on, I will defend Ghana’s t-shirt with all my will whilst I give my best. I’m one of the Black Stars.”

Williams was born in Bilbao, Spain to Ghanaian immigrant parents who crossed the Sahara desert on foot in search of greener pastures in Europe.

Despite Bilbao only recruiting players born in the Basque Country or who learned their football skills at a Basque club, Williams became the second black footballer to play for Los Leones in its 124-year history.

Williams had been called up to the Spanish national squad under Vicente del Bosque and played a friendly match against Bosnia with the team.

The 28-year-old’s switch to the Black Stars gives Ghana a boost ahead of their Qatar 2022 FIFA World Cup campaign.

Williams’ younger brother Nico, who also plays in Bilbao and the Spanish U-21 team, is yet to disclose if he would follow his brother’s path by switching to play for his country of origin.