Never seen it before: U.S. aviators speak on close encounters with UFOs 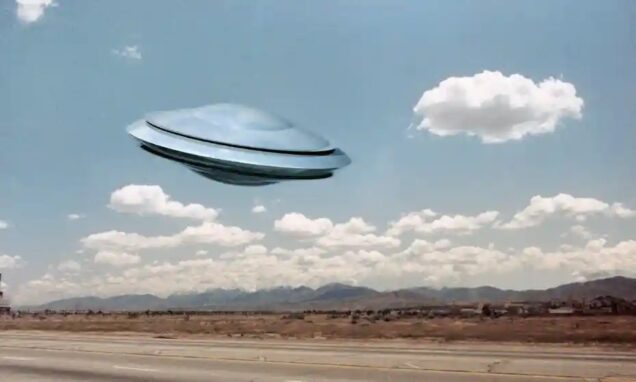 Is this a UFO?

U.S. aviators and pilots have been speaking about their close encounters with Unidentified Flying Objects(UFOs) in what they called ‘the highly controlled air space of the country.

According to a report by Marik Von Rennenkampf, published by thehill.com, in April 2014, four naval aviators narrowly escaped disaster. Just as they entered highly controlled airspace for a training exercise, their two F/A-18F fighter jets nearly collided with an unidentified flying object (UFO).

“To the frustration of dozens of their fellow aviators, such a near-catastrophe was inevitable”, the report said..

For months before and after the incident, aircrews flying in “exclusive use” training areas off the U.S. East Coast frequently observed unknown objects exhibiting highly anomalous flight characteristics.

According to the report, despite the collision hazard posed by the UFOs, aviators lacked a formal mechanism to report the mysterious objects.

With aviation safety alerts as their only recourse, frustrated aviators and their commanders noted that the UFOs pose “a severe threat to Naval Aviation” and a “critical risk” to flight safety.

Just days before the April 2014 incident, the squadron’s exasperated commander wrote that “it is only a matter of time before this results in a midair [collision].”

A few weeks earlier, the skipper of another East Coast squadron warned, “I feel it may only be a matter of time before one of our F/A-18 aircraft has a mid-air collision.”

Despite the frequency of the encounters and the severity of the hazard, it took the Navy five years to adopt a formal UFO reporting structure.

The first batch of these reports, heavily redacted and spanning only a few months in 2019, makes clear that the U.S. government faces a significant challenge.

In one UFO incident, an aviator reported that he had “never seen anything like this before.”

In another encounter, an aviator “noticed an object with flight characteristics unlike anything I had seen in my [redacted] years of [redacted]” — implying a particularly anomalous encounter.

Yet another pilot’s report states that “she had never seen [redacted] like it… [the UFO] did not change position like an aircraft would and was too high to be a ship.”