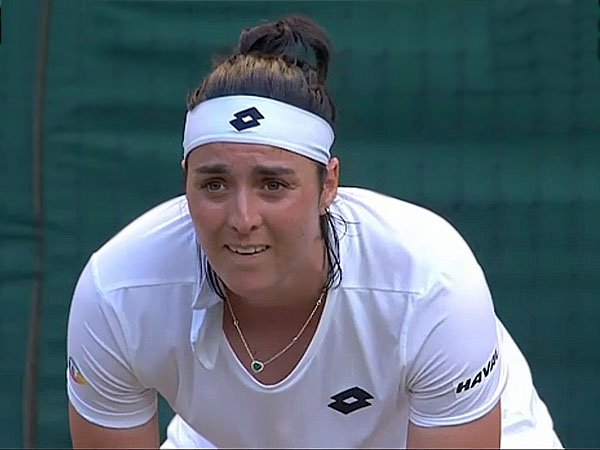 Tunisian third seed Ons Jabeur, has made history as the first African woman to qualify for the semi final of a Grand Slam.

She did it in style by whacking Czech opponent Marie Bouzkova 3-6 6-1 6-1 on Tuesday and reach her maiden Wimbledon semi-final.

Jabeur is the highest surviving seed in the women’s draw and quickly recovered from losing her first set.

Since going down in the opening round at this year’s Roland Garros in a shock defeat, Jabeur has won 10 straight matches on grass, having arrived at the All England Club with a title in Berlin in the lead-up.

Currently playing at her highest career ranking of second, Jabeur will meet the 103rd-ranked Tatjana Maria, who earlier beat fellow German Jule Niemeier, for a place in Saturday’s final.

Playing in her second straight Wimbledon quarter-final, Jabeur in the first set failed to find a way past the stoic defence of the 66th-ranked Bouzkova, who never made it past the second round of a Grand Slam before this year’s championships.

The 23-year-old Bouzkova broke twice to take the opening set but Jabeur, bidding to become the first African woman to win a major, came roaring back to level the match with three breaks in the second.

Riding on the momentum, Jabeur again broke twice to rack up a 4-0 lead and win eight straight games before the Czech halted the juggernaut by getting a break back.

It proved to be only a minor hiccup for Jabeur who picked up another break in the next game and then held serve to love to seal the contest on her first match point.