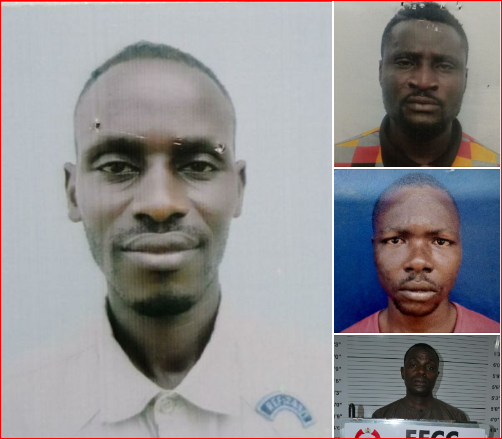 They were jailed for illegal dealing in petroleum products without appropriate licenses.

The lone- count charge reads: “That you Mohammed Sani Akilu on or about 8th day of December, 2021 within the jurisdiction of this honourable court did without appropriate authority deal in petroleum product conveyed in Mack Truck with Registration Number NSR 82 ZD and thereby committed an offence contrary to Section 1 (17) (a) of the Miscellaneous Offences Act, Cap M17, of the Revised Edition (Laws of the Federation of Nigeria) 2007 and punishable under Section 1 (17) of the same Act”.

They all pleaded guilty when the charge was read to them.

In view of their pleas, prosecution counsel, E. K. Ebipade, M. T. Iko and I. Agu, prayed the court to convict and sentence the defendants as charged.

Counsel to the defendants, M. M. Suleiman, E. H. Eboh and Chisom Nyeche prayed the court to temper justice with mercy, stressing that, they are first- time offenders with no previous criminal records.

In the same vein, Justice Ajoku convicted and sentenced Akilu to two years imprisonment with an option of fine of Five Hundred Thousand Naira (N500,000)

The judge also ordered that, products conveyed in the truck with registration number NSR 82 ZD, be forfeited to the Federal Republic of Nigeria.

Meanwhile, Obile convicted and sentenced Suleiman to two years imprisonment with an option of fine of N400, 000.00.

He also ordered that the 273 drums laden with illegally refined petroleum products conveyed in truck with registration number NNR 210 XA be forfeited to the Federal Republic of Nigeria.

The last convict, Musa was convicted and sentenced by Justice Mark to one year imprisonment, with an option of fine of N500,000.00.

The Judge also ordered that, the 50,000 litres of Automotive Gas Oil on board a truck with registration number ZUR 327 ZY be forfeited to the Federal Republic of Nigeria.

The convicts began their journey to the Correctional Service when they were arrested at various locations by the Anti- Bunkering Team of the 6 Division, Nigeria Army and men and officers of Nigeria Navy at Abonema Wharf , in Port Harcourt, Rivers State for illegally dealing in petroleum products without any lawful authority or license.