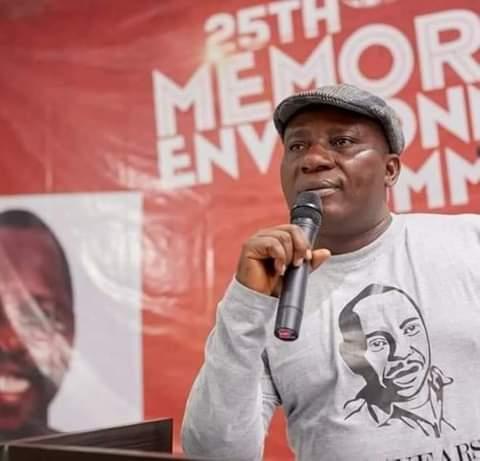 An Ogoni Environmental rights activist and chieftain of Rivers chapter of All Progressives Congress APC, Celestine AkpoBari, has left politics and resigned from the party.

In a terse statement he issued in Port Harcourt on Wednesday, Akpobari debunked reports that his decision to leave politics was because of current upheavals in APC.

Rather, he stated that his latest decision was to enable him focus on his primary occupation, which is to fight for human and environmental rights, and academics.

“I had contemplated for sometimes, to leave politics and face squarely my human rights activism, and also push forward my academics. Continuing to combine them with politics was doing serious injury to my passion for people’s rights and the wellbeing of our environment,” he said in a statement signed on his behalf by Beke Anyalemechi.

Akpbari said his hunger to further his studies in pursue his chosen field suffered intolerable hiccups that he could no longer accept with his involvement in politics.

He said his decision to act now should therefore not be interpreted in partisan prism.

“My commitment to human and environmental rights, and my education remain the core driving force in reaching this decision. So, it has nothing to do with APC or any other party. And it takes immediate effect.”

Comrade AkpoBari, said he has communicated his decision to the leadership of APC, wished them well, saying that though it was a “hard decision to reach”, he averred that it was the best thing to do at this time.”