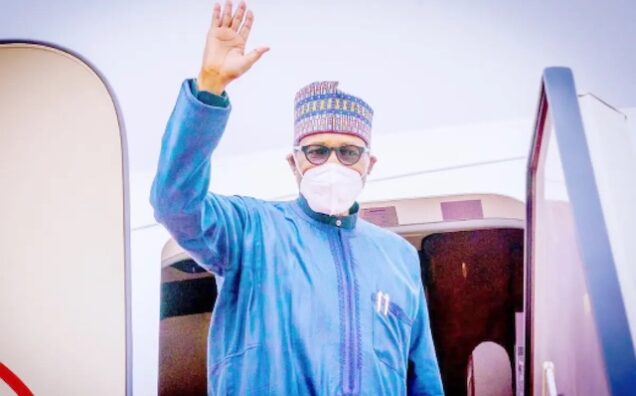 Buhari on the move again

“To cancel the trip to Senegal would mean that the terrorists are successful in calling the shots, something that no responsible government in the world will allow”, Shehu said.

President Buhari had come under criticism for his frequent travels abroad.

This year alone, he has made 10 foreign trips before Dakar’s journey today, as compiled by Daily Trust.

He visited Portugal last week and also participated in the United Nations Ocean Conference in Lisbon June 27 to July 1. He returned home at the weekend.

Before this, President Buhari had attended the 26th Commonwealth Heads of Government Meeting (CHOGM), held from June 20 to 26, 2022 in Kigali, Rwanda.

Also, on June 4, the president attended an Extraordinary Summit of the Economic Community of West African States (ECOWAS) Authority of Heads of State and Government on the political situation in Mali and other parts of the sub-region in Accra, Ghana.

On June 1, he embarked on a two-day state visit to Madrid, the capital city of Spain, at the invitation of his Spanish counterpart, Pedro Sanchez.

In May, President Buhari visited the United Arabs Emirate to condole the country over the loss of its immediate past leader, Sheikh Khalifa bin Zayed Al-Nayan.

He was in Kenya in March, for the 50th anniversary of the United Nations Environmental Programme.

He was in Addis Ababa, Ethiopia in February for the 35th Ordinary Session of the Assembly of the Africa Union Heads of State and Government; and in London, the United Kingdom in March, for a two-week medical trip.