Why I collapsed on stage - Grammy Award winner, Carlos Santana 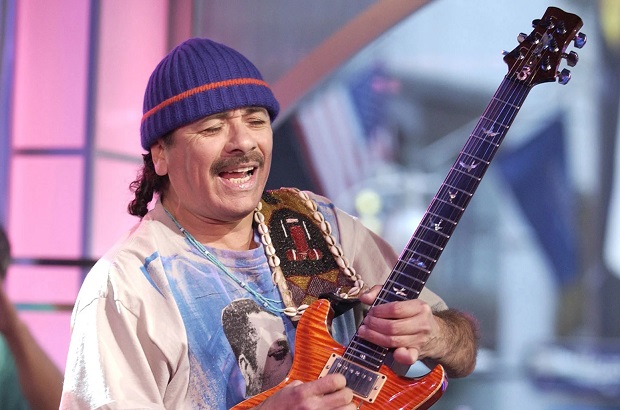 Legendary 10-time Grammy Award winner, Carlos Santana, took to Facebook late Tuesday to reveal why he collapsed on stage while performing during his Miraculous Supernatural 2022 Tour with Grammy Hall of Famers Earth, Wind and Fire in Michigan on Tuesday.

The musician had reportedly beam a handful of songs into his set when he sat down in front of a drum kit and collapsed backward during a performance of “Joy.

While thanking fans for their “precious prayers” and to let them know that he and his wife, Cindy Blackman Santana, “are good just taking it easy,” the legendary singer said he passed out as a result of dehydration because he forgot to eat and drink water.

“forgot to eat and drink water / so i dehydrated and passed out / blessings and miracles to you all,” the “Smooth” musician wrote in verse.

The 74-year-old rocker was “over-taken by heat exhaustion and dehydration” during a concert at the Pine Knob Music Theatre in Clarkston, about 50 miles northwest of Detroit, his manager, Michael Vrionis, said in a statement posted on the “Supernatural” artist’s website.

Photos and video posted on social media showed Santana being treated onstage by medics at the amphitheater, then waving to the audience when he was wheeled.

The famed guitarist was transported to the emergency department at the McLaren Clarkston hospital for observation and is doing well, Vrionis said.

Wednesday’s show, which was set for the Pavilion at Star Lake in Burgettstown, Penn., has been postponed due to Santana’s condition. Concert promoter Live Nation will be handling ticket refunds and changes when the new date is announced.