Africa Magic to thrill viewers with 5 Nollywood Classics this July 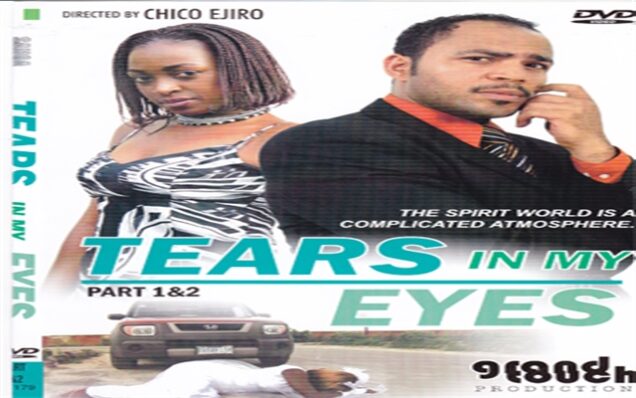 Tears In My Eyes

This July, Africa Magic, the leading provider of entertainment content for Africa by Africans, is bringing five Nollywood Classics to the screen.

They are: ‘Tears in Heaven’, ‘Christ In Me’, ‘The Twist’, ‘Tears In My Eyes’, and ‘Last Angel In Hell.’ the movies will be brought to its Urban channel.

The movies will air every Sunday throughout the month of July on Africa Magic Urban, DStv channel 153.

Before you take a fun and worthwhile trip down memory lane, here’s what you should know about the Nollywood classics:

This movie made us cry while glued to our tv screens. The film revolves around four sisters Mena, Elo Kome, and Zino, who were forced to live with their uncle after the sudden death of their parents. But their uncle’s wicked wife was cruel to them, which caused them to depend solely on their singing talents for survival. The movie will air on Africa Magic Urban on the 3rd of July at 2 PM.

If you didn’t see this film when it first dropped, then here’s your chance to experience it. And if you did, you get to bask in the nostalgia of it again. Christ In Me follows the story of a young lady who trusted her friend with her husband without knowing her friend’s bad intentions for her. It features Nollywood veterans, Ngozi Ezeonu, Sola Sobowale, Tony Umez and much more. The film will air on Africa Magic Urban on the 10th of July at 2 PM.

To ensure that her choice doesn’t cause doom and irreparable damage between two brothers, Tracy has to make an emotional choice between two brothers who love her. You’ll enjoy watching 2face Idibia, Caroline Hutchings, Emeka Enyiocha, and Barbara Micheland as they bring this twisted love story to your screen on the 17th of July by 2 PM on Africa Magic Urban.

Tears In My Eyes

We all fondly remember this one movie for the tears we shed while watching and coming back this July. It’s a good time to relive the tragic love story of Kate Henshaw and Ramsey Nouah, defying all odds, even their parent’s warning. The movie will air on the 24th of July at 2 PM on Africa Magic Urban.

Another classic with a stellar cast. The movie follows the story of Kenneth, who had to pay a huge price for the liberty of his people because of his love for them. Unfortunately for him, the king and his people turned their back on him when they found out. Enjoy this classic on the 31st of July by 2 PM on Africa Magic Urban.

You can sign-up or reconnect to DStv and GOtv today by downloading the MyDStv or MyGOtv apps from the Apple and Google Play stores or by dialing *288# to subscribe.

For more information on NollyClassics & other Africa Magic programming, visit www.africamagic.tv and follow the hashtag #AMNollyClassics