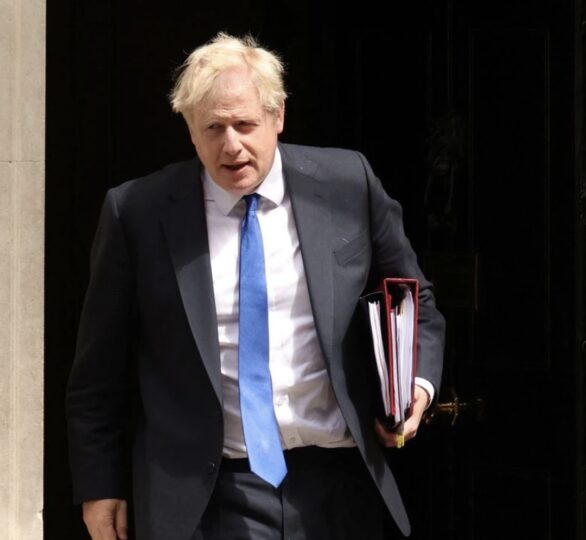 British Prime Minister Boris Johnson has caved to mounting pressure and agreed to step down, the Manchester Evening News has reported.

It said a resignation statement is expected shortly. The BBC has also reported the same news.

There has been no official confirmation from 10 Downing Street.

By Thursday morning, about 50 ministers have resigned from the government as Johnson also faced an unstoppable revolt by his own lawmakers, and signs of paralysis in his government.

Britain’s minister for Northern Ireland, Brandon Lewis, was among the four ministers who announced their resignation on Thursday.

He said he no longer believed the values of honesty, integrity and mutual respect were being upheld by Prime Minister Boris Johnson’s government.

Lewis joined around 50 politicians who have quit government positions in the last two days in an effort to force Johnson out of power.

Hinds said the country needed Prime Minister Boris Johnson to go in order to restore trust in our democracy.

“More important than any government or leader are the standards we uphold in public life and faith in our democracy and public administration,” Hinds said in his resignation letter to Johnson.

“Because of the serious erosion in these, I have come to the conclusion that the right thing for our country and for our party is for you to stand down as party leader and prime minister.”

Guy Opperman, a British junior minister who oversees pensions, also resigned on Thursday, saying the unwillingness of Prime Minister Boris Johnson to quit had left him no choice.

British junior culture minister Chris Philp resigned as well, and asked Johnson to quit over a series of scandals that have dogged his administration.