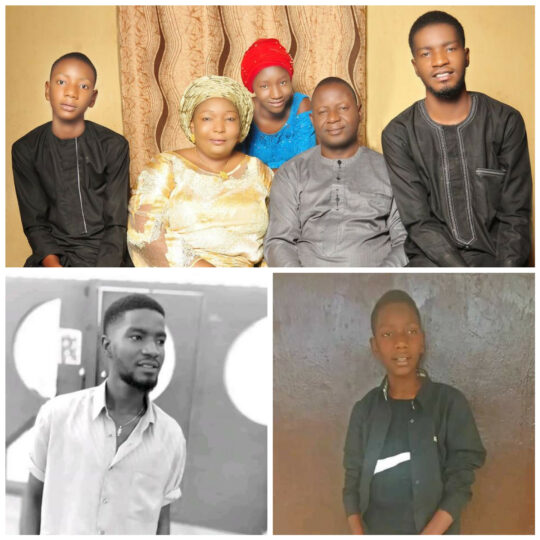 Gov. Ahmadu Fintiri of Adamawa has condemned the attack by gunmen on the home of Rev. Daniel Umaru of EYN Church, Njairi in Mubi Local Government Area of the state.

In a condolence message issued on Thursday, Fintiri described the attack as “shocking and barbaric.”

He confirmed that the gunmen who shot the cleric killed two of his sons and kidnapped his 13-year-old daughter.

“The state government condemned in the strongest terms the despicable attack on this innocent family, the perpetrators of this heinous act must be brought to justice.

“And we have offered our full support to the security agencies to do so,” he said.

The governor reiterated his commitment to confront crime in all its forms, including the threat posed by kidnappers.

While condoling the victims’ families, loved ones, and the Church, Fintiri directed security agencies to scale up intelligence and fish out the criminals.

The state Police Public Relations Officer, SP Suleiman Nguroje, said the attackers stormed the residence of the clergyman located in Mararaba Mubi around 1-2 am, in the early hours of Wednesday.

He said the police commissioner in the state has deployed its personnel to rescue the abducted daughter of the cleric.

Nguroje added that the police have made available a huge financial reward for anyone with information that will lead to the arrest of the culprits.