How Biden reacted to resignation of UK PM Boris Johnson 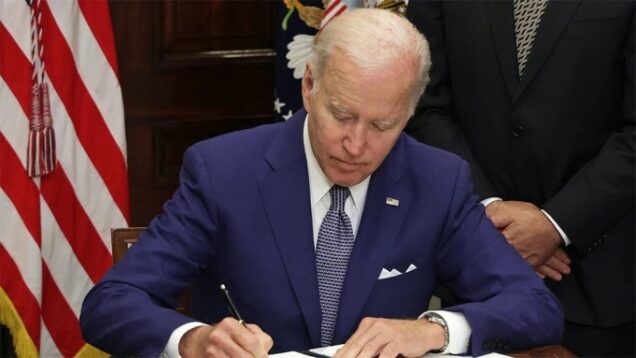 President Joe Biden has said the relationship between the United States and United Kingdom will remain strong despite the resignation of Prime Minister Boris Johnson.

Reacting to Johnson’s resignation on Thursday, Biden said the United Kingdom and the United States are the closest of friends and Allies.

He said “the special relationship between our people remains strong and enduring.

“I look forward to continuing our close cooperation with the government of the United Kingdom, as well as our Allies and partners around the world, on a range of important priorities.

“That includes maintaining a strong and united approach to supporting the people of Ukraine as they defend themselves against Putin’s brutal war on their democracy, and holding Russia accountable for its actions.”

Johnson said on Thursday he was resigning, caving in to calls from ministerial colleagues and lawmakers in his Conservative Party.

“The process of choosing that new leader should begin now,” Johnson said at the door of Number 10 Downing Street.

“And today I have appointed a cabinet to serve, as I will, until a new leader is in place.”

Johnson said he will remain as British prime minister while a leadership contest is held to choose his successor.