Nobody can be governor in Rivers without my Church - Ibiyeomie boasts 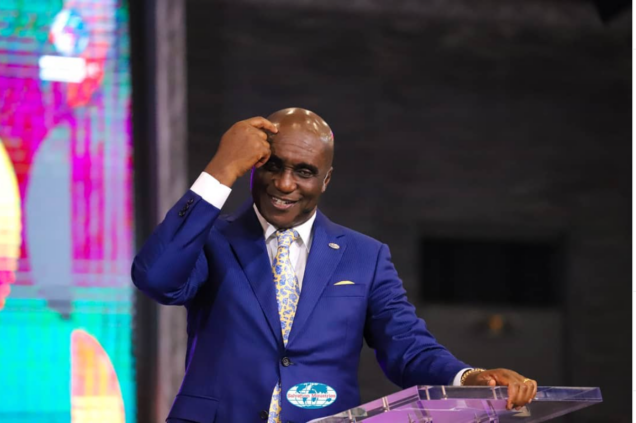 General Overseer, Salvation Ministries, Port Harcourt, Pastor David Ibiyeomie has boasted that nobody can be governor in Rivers without the influence of his church.

He spoke at the church’s week of empowerment in Port Harcourt, Rivers State.

According to Ibiyeomie, before 2003 in the South South, church people were not rich, as the wealth was in the hands of occult men.

“Then 2003, we had a crusade in a place called Civic Center, Port Harcourt. And I prayed a prayer, I will never forget; and I said, ‘Today, wealth turns from the occult men to the hands of the Church.’ When I prayed that prayer, physically they came to this place.

“The man, a commissioner then, under a government said, ‘Sir, you have troubled us; no man troubles us like this. Why do you trouble us like this? Why did you do that kind of prayer?’ he came with armed men; they were to bring this Church down then. I said if you bring one block down here and you see tomorrow morning, God is not the owner of this Church. And the military men with him looked at him; they stepped back with their guns. He said, ‘na so Church man dey pray?

“And God told me, ‘Don’t you know the prayer you prayed reacted in the spirit realm?’ And that was when the Church began to have money. Before now, when a pastor wants to do something they will invite unbelievers. I said for the Church to beg sinners? The Church is to support government, government can’t support Church. The government shall be on the shoulder of Jesus who is the head of the Church so it is the Church that will support government,” he said.

Ibiyeomie added: “Now with all humility, there’s nobody who can be governor without this Church. It’s impossible! If you dare this kind of Church you will never be governor.