Ganduje thanks Buhari for appointing El-Yakub as minister 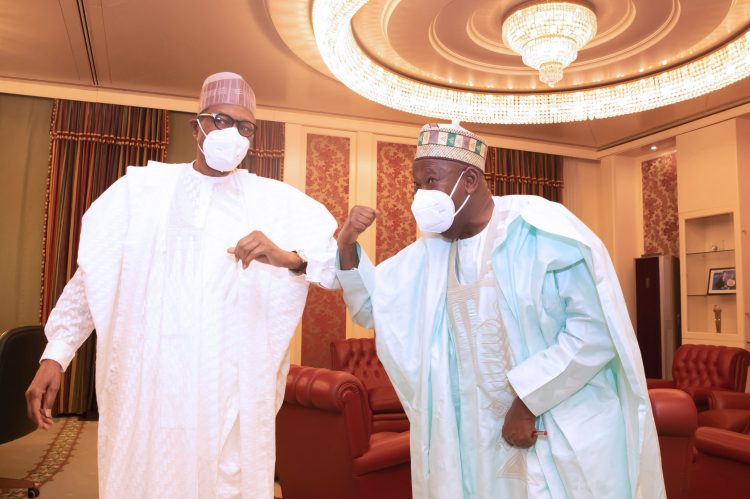 Gov. Abdullahi Ganduje said the appointment of Umar El-Yakub as the Minister of State for Works and Housing by President Muhammadu Buhari will reinforce the All Progressives Congress (APC) in Kano state.

This is contained in a statement issued by the Commissioner for Information, Malam Muhammad Garba in Kano.

Ganduje hailed the president for appointing a stalwart of the APC and worthy son of Kano given his sterling performances as a lawmaker and most recently a Presidential aide.

He said: “The appointment of a long-standing member of the progressive family equipped with political experience and knowledge, is a good omen for the development of the state and the progress of the APC in Kano State.”

The governor expressed confidence in the ability of the new minister to further consolidate on his pedigree which earned him recognition, respect, and honor in both the state and the nation at large.

Ganduje also enjoined him to see the new task as a challenge to make more remarkable impacts by deploying his vast experience, network, and depth of knowledge to help in repositioning the sector in line with Buhari’s agenda for housing and infrastructure development in the country.

El-Yakub, who was a member House of Representatives in 1988 and from 2003 to 2007, represented the Kano Municipal.

He was until his ministerial appointment, the Senior Special Assistant (SSA) to the President on National Assembly Matters (House of Representatives).