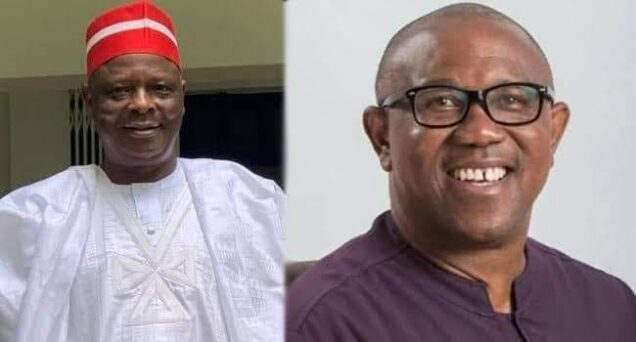 The New Nigeria People’s Party (NNPP) on Saturday used its Id-el-kabir message to reiterate respect and the love of its presidential candidate, Rabiu Musa Kwankwaso, for the Ndigbo people of Southeast Nigeria.

The message was issued in obvious response to the backlash that has trailed what is perceived as insult to Peter Obi, the Anambra, Southeast born presidential candidate of Labour Party, LP by Kwankwaso.

The former Kano State Governor had during the failed alliance talk between NNPP and LP said he cannot be a running mate to Obi because people in the North will not vote for a candidate from the Southeast.

He had also said said the Southeast was politically immature to produce Nigeria’s President in 2023 and as such, Obi would have to be his running mate and not the other way around.

The comments attracted criticisms from Obi and other prominent groups in the Southeast and other parts of Nigeria who described Kwankwaso as an ethnic chauvinist.

But in its Id-el-kabir message signed by Agbo Major, its spokesperson on Saturday, NNPP said Kwankwaso’s comments on the people of South East were misunderstood and taken out of context.

According to the party, Kwankwaso is a man of honour who loves all Nigerians passionately and desires to serve them as president if voted into office.

Agbo added that NNPP itself was founded by an illustrious son of Ndigbo, Dr Boniface Aniebunam while the party will campaign for support in all parts of Nigeria for the 2023 election, hence Kwankwso cannot afford to hate any region.

The statement partly read: The NNPP’s National Leader and Presidential Candidate, His Excellency, Senator Rabiu Musa kwankwaso is a great patriot, a detribalized Nigerian who has served the nation creditably in various capacities as Governor, Minister and Senator.

“A man of indefatigable endeavour, he is an embodiment of patriotism and frank in addressing national issues as he has no hidden agenda, the very reason millions of Nigerians identify with him and NNPP in our collective efforts to make Nigeria great again.

“He has high regard for Ndigbo, NNPP was founded by an illustrious son of Ndigbo, Dr Boniface Aniebunam, pioneer National Chairman and currently its Board of Trustees Chairman. Its a grassroots party well rooted in all zones reflecting Federal Character as envisioned in the 1999 Constitution as amended.

“Kwankwaso’s recent comments on the good people of South East were misunderstood and taken out of context. He is a man of honour who loves all Nigerians passionately and desires to serve them as president if voted into office.

“Obviously, the party or its presidential candidate would not in anyway malign any zone or any individual, as we believe that in NNPP we desire the votes of all the zones and all the electorate to govern Nigeria.

“The leadership of the party is impressed by the overwhelming number of members and supporters of NNPP in the South East. It shows the people’s desire for a new Nigeria that treats all citizens equal.

“The party is optimistic that various agitations in all zones in Nigeria will be a thing of the past if a progressive and transformative leader like Kwankwaso is elected president of Nigeria.

“This is our chance to correct the mistakes made in previous elections. A new Nigeria beckons. Together, we will restore the nation’s glory and prosperity as the great arsenal of democracy in Africa.”

On the Eid-el-kabir celebration, the party asked all Muslims to imbibe the virtues of love, sacrifice and tolerance which the occasion signifies.

“NNPP urges Muslim faithful, indeed, all Nigerians to pray for peace, unity, justice, equity, progress and prosperity of the nation as we grapple with the task of building a strong, virile, stable and just democratic society.

“The state of the nation is bad and calls for patriotism by all Nigerians to confront multifarious challenges bedeviling the country.

“The forthcoming general election provides another opportunity for Nigerians to take their destiny in their hands and elect competent, credible, vibrant, resourceful, purposeful, visionary and God-fearing leaders who will deliver dividends of democracy that will uplift the people’s standards of living, not carnage as obtainable today.

“NNPP urges eligible voters to take advantage of the extension of the INEC voter registration to register and obtain their permanent voter cards, and ensure they vote for New Nigeria People’s Party candidates in all elections.

“This is the first step in actualizing a new Nigeria we all desire and deserve in accordance with Section 14(2)b of the Constitution of the Federal Republic of Nigeria 1999, as amended, which provides that the security and welfare of the people shall be the primary purpose of government”

“The outgoing All Progressives Congress-led Federal Government has woefully failed to protect the territorial integrity of Nigeria, playing to the gallery while the nation burns and Nigeria turns to the poverty capital of the world.

“The deplorable situation of our beloved country calls for a new Nigeria which the New Nigeria People’s Party is ready to provide if voted into office in 2023 elections,” the party said.