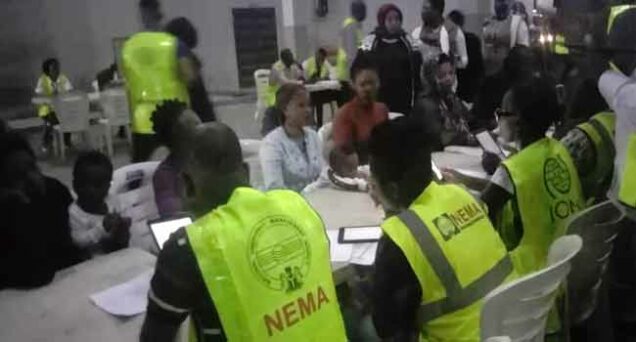 The National Emergency Management Agency (NEMA) in Ekiti State, has warned motorists against reckless driving before, during, and after the celebration of the Eid-el-Kabir festivities.

Olarewaju, represented by the Head of the Search and Rescue Unit, Mr. Abolarin Ayodele, explained that the operation in collaboration with other sister agencies was aimed at reducing accidents and other emergencies on the roads.

According to him, the launch of “Operation Eagle Eye’’ is to sensitize road users on the need to embrace safety measures during the Eid-el-Kabir celebrations.

He said that some personnel of the agency had been positioned at all the flash points leading to Lagos, Abuja, and Kwara.

He said this would begin from July 8 to 12, to sensitize road users to the need to embrace safety measures during the celebrations.

He said the exercise was a step to further prepare for any eventualities that might arise as an emergency.

He added that the agency was ready to respond to an accident, emergencies, and other disasters that could occur during the Sallah festival.

Olarewaju added that the operation was a standby mechanism that would ensure that emergency responders were not taken unaware and were able to save lives.

”The agency is committed to having an accident-free festive celebration; we are advising road users to maintain a safe speed, and avoid speeding and night journeys.”