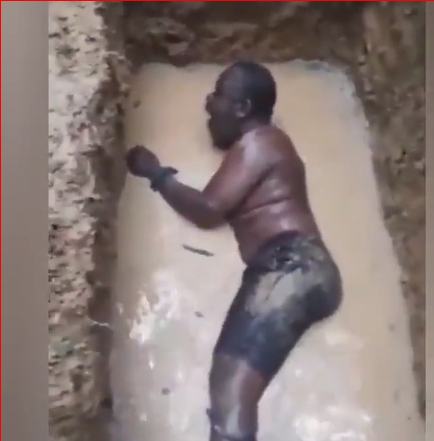 Kidnapped Mike Ogiasa, cousin of former President Goodluck Jonathan has cried out for his life from a shallow grace filled with dirty water where he was dumped by his abductors.

A viral video on social media saw Ogiasa, the former Bayelsa State Commissioner pleading for his life from the den of his abductors.

The video showed the victim’s head covered with a dirty nylon bag as he pleaded for his life with his legs tied.

The nylon was later removed from his head for his face to be shown.

The abductors had probably filmed him in pain and agony and released the video on social media.

Ogiasa was seen crying: “Is the money that is there more important than my life? You are seeing me in the grave, please do everything possible to come and release me.