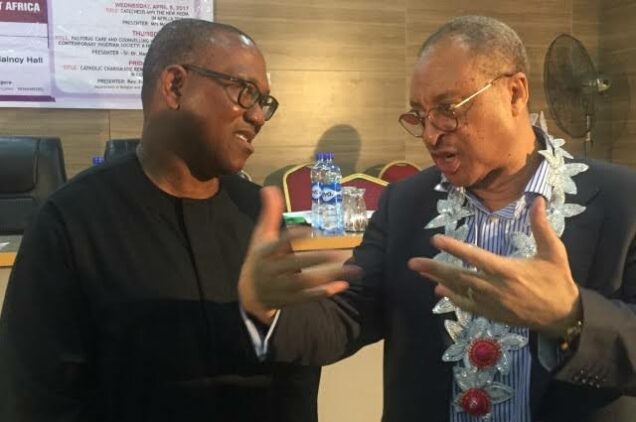 Prof. Pat Utomi, the Convener of The Big Tent of the Third Force and a leader in the Labour Party, has revealed how the party will safeguard votes for Peter Obi in the 2023 presidential election.

Utomi while speaking in Lagos on Friday said The Big Tent of the Third Force and the Labour Party (LP) plan to deploy at least 15 agents each to polling booths in the country to help safeguard votes.

According to him, the coalition has worked and made many sacrifices to get Nigeria to move from state capture by ageing oligarchs and to make the nation overcome its numerous security and economic challenges.

He said: “The broad coalition of women, youth, professionals and the intellectuals which have adopted the leadership of the Labour Party and Peter Obi is serving notice that in addition to its agents which will number up to 15 in each polling booth in the country, it will use technology to guard the votes of Nigerians in 2023.”

He said the organization would in the next week, unveil the details of Mass Polling Booth education programmes and the retreat for the gubernatorial candidates and ideology workshops for all Third Force candidates.

The convener, who expressed delight that Nigerians’ political awareness had continued to rise, said “People have awoken. They want to take back their country”.

He said that the coalition and LP were planning to counter all electoral manipulations and violence in 2023 that could throw up bad leaders.

“The last frontier before liberation for the people is in checkmating the traditional ways and means by which they thwart the will of the people.

“These include Election fraud or rigging, vote-buying, manipulating of electronic voting, equipment and voter intimidation, as well as abuse of emotions around ethnicity, religion and region,” Utomi added.

According to him, the coalition will inaugurate Big Tent Think Tank to harmonise the original manifesto of the Labour Movement with the production-focused philosophy of its Presidential Candidate, Peter Obi.

He said this would include the production and value chain-based ideas of a competitive economy, based on the latent comparative advantage of the different parts of Nigeria aimed at sustainable manufacturing espoused for years.

Utomi said contrary to claims about the governance capacity, structure, and manifesto of the Big Tent of the Third Force (which has the Labour Party and its Presidential Candidate, Obi as the arrowhead of a collegial leadership initiative), the coalition was ready to provide the needed leadership.

According to him, leadership has networks reaching down to every polling booth through the 36 political commissions of both the Nigeria Labour Congress and the Trade Union Congress.

Utomi said the structure of the Big Tent had been deepened by the passion with which the people, young and old were motivated to buy into the reform pointed to by Mr Peter Obi.