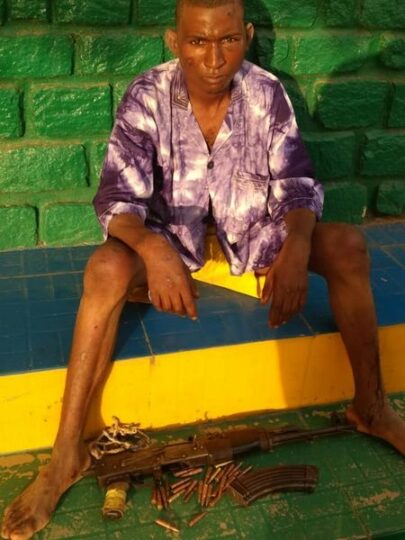 The Police have arrested a terrorist, Ishaku Habu, and recovered an AK-47 rifle from him.

The spokesman of the command, DSP Mohammed Jalige confirmed the arrest on Saturday.

Jalige said the command received credible intelligence on the movement of illicit arms around Mariri Village, Saminaka in Lere LGA.

According to him, the Commissioner of Police, Mr. Yekini Ayoku, ordered an immediate security cordon of the area which yielded a positive result with the arrest of a terrorist on July 7, at about 1800hrs.

He explained that the tactical execution of this operation was in line with the directive of IGP Alkali B Usman, of intelligence-led police operation as well as a community policing strategy geared toward nipping crimes in the bud. 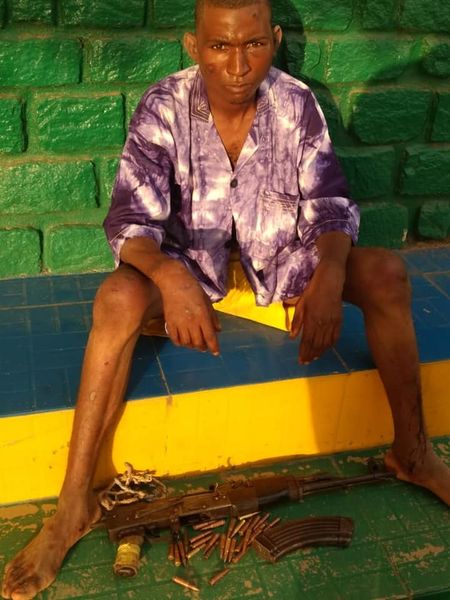 He said: “Preliminary investigations revealed that the suspect aged 25, hailed from the same Mariri village.

” Recovered from him are the following items; One Ak47 rifle loaded with 29 rounds of 7.62 X 39mm live ammunition and one mobile phone as he confessed to having been a member of a Kidnapping and cattle rustling syndicate in the area.

“The commissioner while reiterating the directive of the IGP, ordered for a meticulous investigation in a bid to arrest other members of the gang as well as recovering their operational logistics for prosecution.”

He said the CP equally called on the communities to redouble their current effort in providing actionable and result-oriented intelligence such as this to assist the command and its sister agencies to minimize the current security challenges in the state.