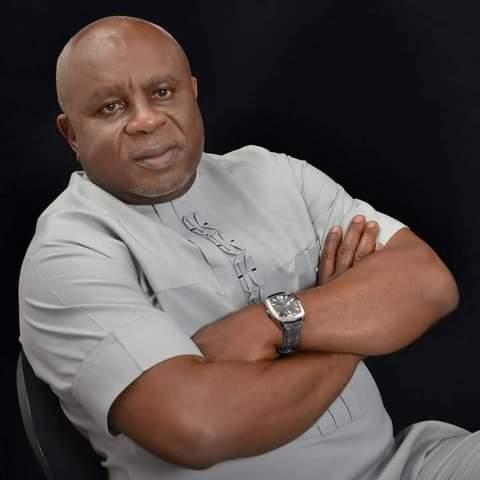 Chidi Frank Wihioka, a former member of House of Representatives has joined the ranks of members quitting the All Progressives Congress APC, in Rivers State.

Wihioka who belonged to the Senator Magnus Abe faction of Rivers APC indicated he is dumping the party in a letter he addressed to APC Chairman, of his Ward 3 ,Elele, Ikwerre Local Government Area of Rivers State.

Wihioka, unlike others, is the first to state point-blank in his resignation letter the reasons he is leaving the party.

He said he is leaving APC because of “highhandedness of one who thinks and believes that he owns the party in Rivers State and his refusal to allow peace reign in the party by giving everyone in the party equal level playing ground”.

It was believed that allusion is Rotimi Amaechi, former Minister of Transportation and presidential aspirant of the party is Leader of the party in the State.

He, however, stated that he will support Bola Ahmed Tinubu ,BAT, Presidential bid under the All Progressives Congress, APC.

Wihioka, hails from Elele in Ikwerre Local Government Area, Rivers State, a neighbourhood of Ubima, the community where Amaechi also hails from.

The full text of the letter reads :”My decision was taken based on the high-handedness of one who thinks and believes that he owns the party in Rivers State and his refusal to allow peace reign in the party by giving everyone in the party equal level playing ground. l will soon announce my next party I have found a suitable political one to join.

“Nevertheless,my decision will not affect my support for the president candidate of APC Asiwaju Bola Ahmed Tinubu, as I will always drum support for him anywhere I find myself,” Wihioka said.

Wihioka is also a former General Manager of Risopalm Oil Estate as well as former Commissioner of INEC.

During the Amaechi’s administration, he was Chairman of Rivers State Road Maintenance and Rehabilitation Agency.

He is one of the founding members of the All Progressives Congress (APC) in Rivers State.

However, speculations are rife that members of of the Abe faction of Rivers APC may be resigning from APC may en-mass into the Social Democratic Party, SDP.