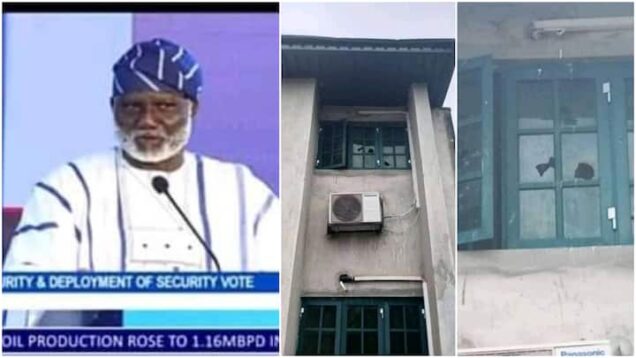 She said an unspecified number of gunmen attacked the residence in the early hours of Monday.

The PPRO said the assailants shot at Lasun’s building, but could not gain access before security operatives attached to the candidate chased them away.

She added that the attack was reported at the Ilobu Police Station and the Divisional Police Officer was at the scene of the attack to assess the situation.

The LP candidate, a former House of Representatives Deputy Speaker, had earlier told newsmen that gunmen attacked his residence at about 1 a.m.

He said the attack lasted for 20 minutes and that his security details were able to repel the assailants without recording any casualties.

“At about 1 a.m., my house was attacked; the evidence is very prominent, and my building is riddled with bullets.

“In the last three governorship debates we have had, I have never attacked anybody on how to govern Osun.

“Unfortunately, this attack, to my surprise lasted for about 20 minutes. We have evidence of those that actually carried out the attack.

“The police have been to my house to assess the situation and the evidence gathered had been handed over to the police,’’ he said.

Watch the video of Lasun speaking about the attack below: