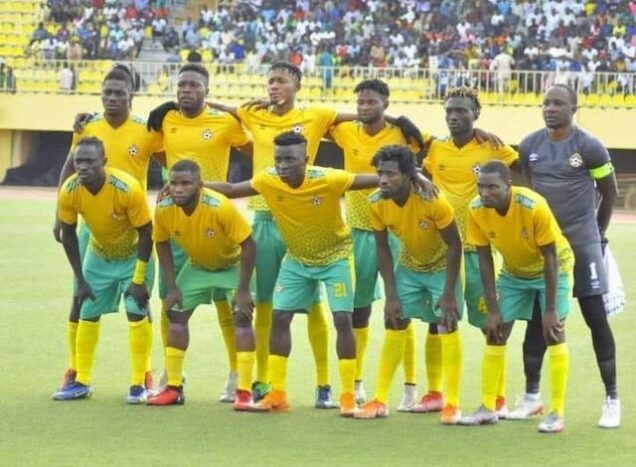 The Match Day 37 fixture was unique for the hosts, with Governor AbdulRahman AbdulRazaq, among the spectators at the stadium.

Hopes of a resounding victory were high, especially after a senatorial election candidate, Saliu Mustapha, had purchased 3,000 tickets for the home team’s supporters.

But MFM FC, who are already relegated, were playing for pride and got into the game on the front foot.

They almost got the opening goal in the early moments, after forcing goalkeeper Abdulateef Ishola into an early save.

But the game soon turned into the hosts favour as they got the opening goal in the 15th minute through Junior Lokosa who utilised a perfect Kabiru Balogun delivery from a corner-kick.

Issa Gata made it 2-0 three minutes from the break after he linked up perfectly with Muritala Lawal’s pass to put the ball behind goalkeeper Kingdom Osayi.

Kwara United picked up from where they stopped in the first half and kept asking questions, with Samad Kadiri coming close in the 60th minute after his acrobatic strike went wide.

The third goal finally arrived in the 85th minute, through Kadiri who powered home the rebound from Jide Fatokun’s free-kick for his tenth goal of the season.