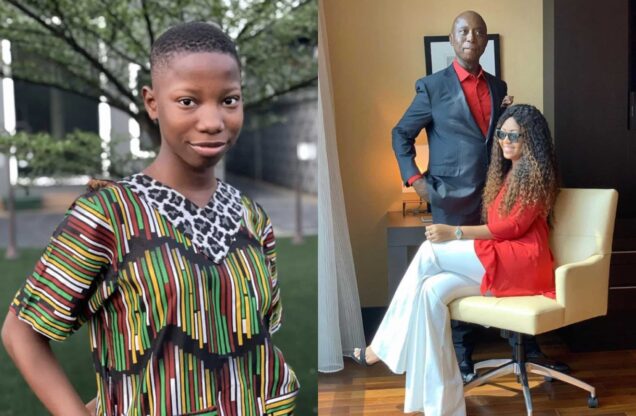 Ned Nwoko has broken silence on reports that he was proposing marriage to the family of comedienne, Emmanuella.

One Darlington Chidera Ibekwe, had reported that the politician and actress Regina Daniel’s husband had approached the family of Emmanuella for their daughter’s hands in marriage but he was turned down.

“Emmanuella’s family shuns Ned Nwoko’s marriage list and informs him that Emmanuella is not Regina Daniels.

“What exactly is wrong with Ned Nwoko? This isn’t ordinary honestly.

Following the report by Ibekwe, a fan asked Ned Nwoko on social media if the rumors were true.

“Oga Ned it’s ok, I hear say you wan marry Emmanuella, is it true or false?”.

However, Emmanuella had also rubbished the report.

Reacting to the news which had gone viral, Emmanuella told a fan on social media; “FAKE news ma. Thanks”.