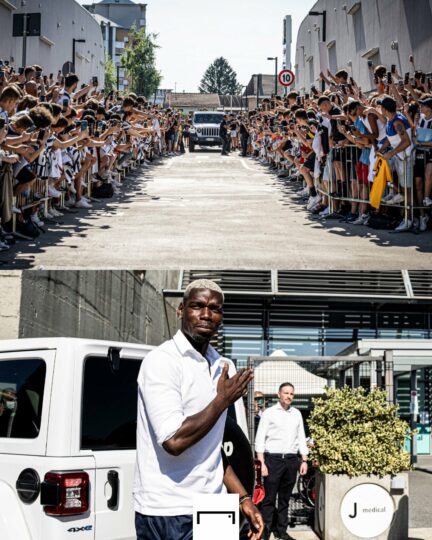 Paul Pogba revealed he had “thought a lot” about returning to Juventus after sealing his Serie A comeback, as he blamed his Manchester United struggles on multiple factors.

Having left United following the end of his contract in June, Pogba sealed a return to Juventus on Monday, six years after departing the Turin giants to head to Old Trafford in a then-world record £89million (€105m) deal.

The 2018 World Cup winner won four consecutive Serie A titles in his first spell with the Bianconeri, scoring 34 goals in 178 appearances for the club.

Despite lifting the EFL Cup and Europa League trophies in the 2016-17 season, Pogba largely struggled to live up to his lofty price tag with United.

His presence could not prevent the Red Devils from failing to win any silverware in the five years that followed his first campaign back in England.

While Pogba confessed a Serie A return had been in his thoughts for some time, the France star insisted he did not regret his Premier League move and felt he had grown as a player at United.

“I am happy to go home, this is how I feel here,” Pogba said at his unveiling on Tuesday.

“You have all seen the welcome of the people, but this is something more than a dream. I am very, very happy.

“The messages from the Juventus fans have always pleased me, even though I was focused on doing well at United.

“Last season, there was only one year left [on my contract], I thought a lot about my return, and here I am. Now I am happy.

“I grew up, I learned, I became a man. I wasn’t wrong. God wanted this, and I’m just very happy to be here at Juventus today.

“My heart told me that Juve was my destination. I felt inside that this was where I wanted to return, and I made my decision.”

Pogba played under Jose Mourinho, Ole Gunnar Solskjaer, and Ralf Rangnick during his troubled spell in Manchester, and the midfielder believes the absence of continuity at United held him back.

“Changing coach every year is hard – this was a difficult aspect for me,” he added.

“Then there were a few injuries, but I think it was also a mental thing; playing and not playing makes you lose the pace.

“There is a bit of everything; coach, team, position -. all this has blocked me a bit.

“Now, however, I have left, and you will see another Paul. I can do better than I have in recent years.”

Pogba says the presence of Juve boss Massimiliano Allegri, who oversaw two of his four Scudetto triumphs, was a big factor in his decision to return.

“Even in Manchester I often talked to him, we have always had a great relationship, and even before coming here I talked to him,” Pogba revealed.

“I spent many beautiful years with him, coming back here today means doing it at the right time and with the right person.”