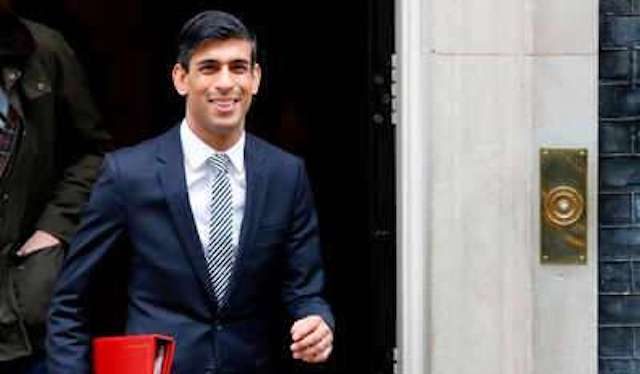 Candidates need support from at least 20 Conservative lawmakers to be on the ballot for run-off votes, which will start Wednesday.

So far only three of the 11 declared candidates have met the threshold, the first hurdle in the succession race.

The candidates are jostling to replace Johnson, who quit as Conservative leader last week amid a party revolt triggered by months of ethics scandals.

He will remain in office as a caretaker prime minister until his replacement as party chief is chosen. The winner of that contest will automatically become prime minister, without the need for a national election.

The new leader will be chosen in a two-stage election, in which the 358 Conservative lawmakers reduce the race to two candidates through a series of elimination votes.

The final pair will be put to a ballot of party members across the country.

The first round of voting will take place Wednesday, with candidates who fail to get at least 30 votes eliminated.

Further rounds will take place Thursday and, if needed, next week.

The party aims to complete the parliamentary stage of the election before lawmakers break for the summer on July 21.

The two final candidates will then spend the summer campaigning around the country.

The new leader is due to be announced when the House of Commons returns on Sept. 5.