We made a lot of mistakes: Eric ten Hag says after Man Utd trounce Liverpool 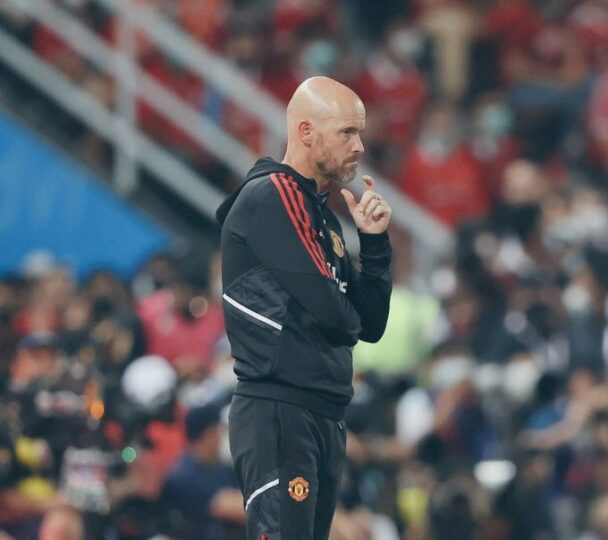 Manchester United boss Erik ten Hag said his team made a lot of mistakes despite trouncing Liverpool by four goals to nothing at the Rajamangala Stadium in his first game at the helm.

Ten Hag, however, said he saw plenty of ‘potential’

United began the proceedings in blistering fashion, finding the net three times in the first half, thanks to strikes from Jadon Sancho, Fred, and Anthony Martial.

Facundo Pellistri rounded off the scoring in the second period, as Ten Hag used the pre-season clash to experiment with 22 different personnel from his traveling squad.

Speaking after the game, the Manchester United coach said:

“We are satisfied today because I think there was a team with great spirit. We know we are just starting and when things begin to click like the press… we know we made some mistakes in pressing and conceded some chances but also we created a lot and I think our team played bravely, they were proactive and we had to work really hard to get out of some mistakes. Of course, we are happy with the first game.”

“It was not only the result. I know we have good players but we have to play as a team. We started the first game well so I am happy.”

“Of course it will take time, believe me, I have seen a lot of mistakes but I will not say [what they were]. But to be honest, Liverpool played with three teams and they were not at their strongest, so we are not overestimating them [our players]. We saw some really good things. What you see is we have a lot of creativity and speed in the front and we have potential.”