Why Nigeria cannot afford to make mistake in 2023 - Sanwo-Olu 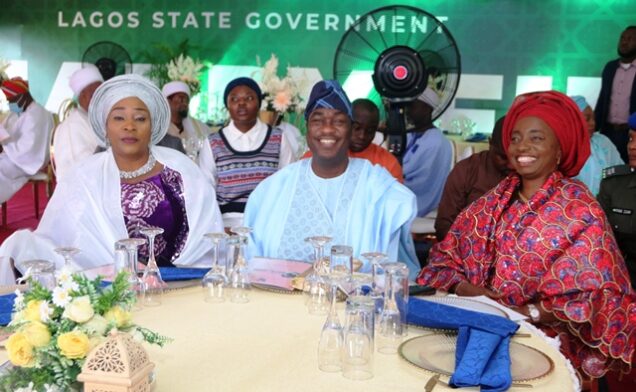 Sanwo-Olu said this at the Lagos House, Ikeja, during the Year 2022 Eidul-Adha Celebration by the First Family of Lagos State, organised by the Lagos State Ministry of Home Affairs.

Represented by the Deputy Governor, Dr Obafemi Hamzat, he said that Nigerians must choose rightly in 2023 because it was about the future of Nigeria.

The governor said that like many had said that the outcome of 2023 would greatly determine the future of Nigeria, hence, the citizens cannot afford to make any mistake in choosing who to lead the country come 2023.

According to him, Sen. Bola Tinubu is the right choice for 2023 because he has built bridges across Nigeria.

He said that Tinubu had worked with persons from the different regions and ethnic groups in the country, noting that he looked out for quality people to work with.

Sanwo-Olu called on residents to be loyal and obedient to the state and country, stating that patience, obedience and loyalty were important duties the residents owed the state.

According to him, parents must train their wards in Godly manner and instill in them morals to be obedient, loyal and patient.

On her part, the Wife of Lagos State Governor, Dr Ibijoke Sanwo-Olu said that the spiritual exercise being celebrated annually exemplified the virtue of love, faith and obedience.

She encouraged residents to continue to pray for peace in the country, live with the fear of God and love one another.

Sanwo-Olu said that the love virtues must reflect in their relationships with people they related and associated with.

There were prayers for the governor and his family, the deputy governor, the legislative, judiciary, civil servants among others.

There was also a lecture on ‘the family of prophet Ibraaheem: A model for true believers’ families’.

In the lecture by the representative of Chief Missioner, Rahmat Islamiyyah Society of Nigeria, the participants were implored to emulate prophet Muhammad who prayed for his child to be a discipline and God fearing child, even before he was born and continued to sought God’s grace upon his life.

The preacher said that the child turned out well because his parents continually beseeched God for him to be an outstanding child.